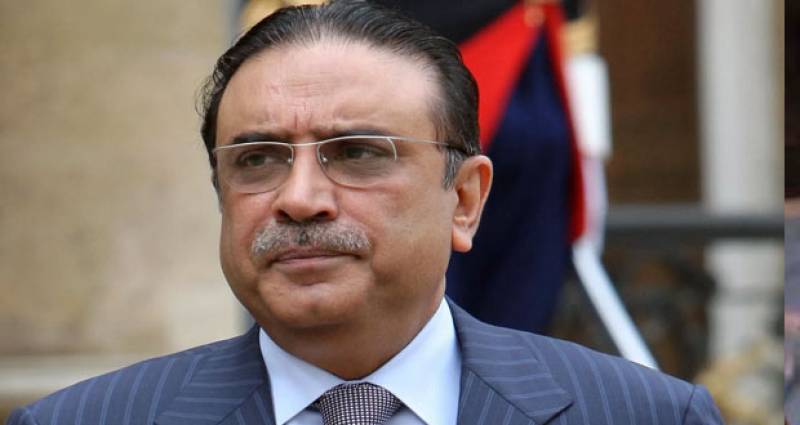 ISLAMABAD - The National Accountability Bureau (NAB) listed down the reasons behind its opposition to the interim bail granted to former president Asif Ali Zardari by the Islamabad High Court (IHC) in the fake accounts case.

The anti-graft body, stated in its report presented to the court, that the former president 'may tamper records' if not taken into custody, accusing Pakistan peoples Part co-chairman of not cooperating with the investigation team.

According to the accountability watchdog, Zardari fraudulently obtained Rs1.5 billion in loans for his Park Lane company through other firms.

The bureau has alleged that Zardari, in connivance with former prime minister Syed Yousaf Raza Gillani, illegally obtained three luxury bullet-proof cars, two BMWs and one Toyota Lexus from the state gift repository, gifted by the governments of UAE and Libya.

NAB further informed the court that Zardari paid Rs37.16 million as duty/tax on the said vehicles through cheques issued from the fake accounts in question.

"NAB has collected documentary evidence in accordance with the law," it added.

"However, it is the petitioner that is not cooperating with NAB. Moreover, the petitioner remained at influential positions. Therefore, tampering of evidence on his part cannot be ruled out," the bureau cautioned.

The fake accounts case pertains to the use of fictitious accounts to launder money. Initially the amount laundered was found out to be around Rs 35 billion, however, the Federal Investigation Agency had revealed in its report that an amount around Rs 100b was involved in the case.