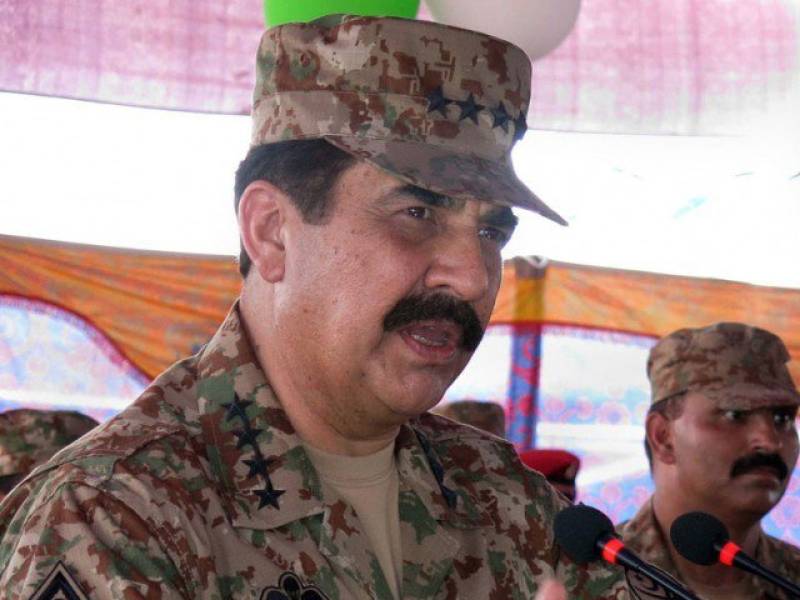 RAWALPINDI (Staff Report) - Chief of the army staff General Raheel Sharif on Wednesday said the ongoing military operation has confined militants to penny pockets and that Zarb-e-Azb is in its final stages.

COAS expressed these views during a visit to front lines in North Waziristan, according Inter-Services Public Relations (ISPR). On the occasion General Raheel appreciated the efforts of army personnel in reclaiming the sacred land of Pakistan.

The army chief also witnessed the military operation in Shahwal tehsil of Waziristan and directed the commanders to ensure the no return of terrorists in these areas.

“These enemies of state and their financiers will not find any place in Pakistan and will ultimately meet their justified end,” he said.

Pakistan army began operation Zarb-e-Azb in July 2014 to cleans tribal belt of the country, previously said to be a safe heaven of terrorist, after a peace dialogue between local Taliban insurgents and government failed.