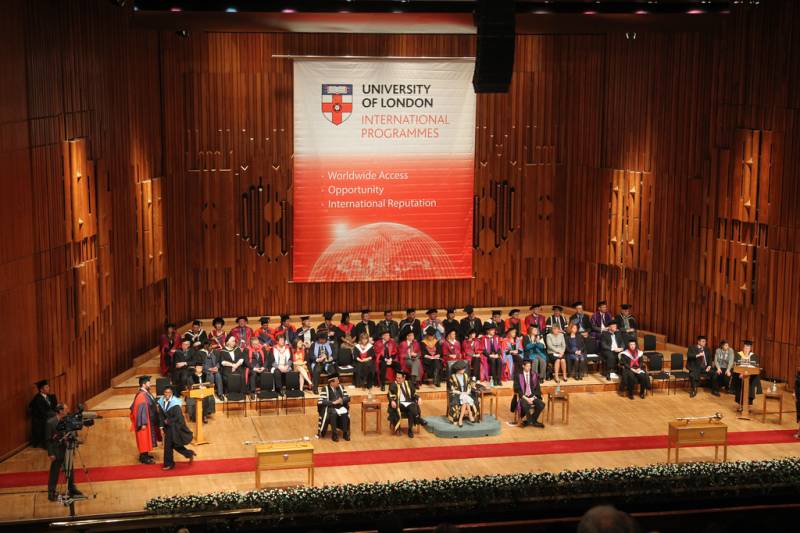 "All the three toppers are from Lahore, Rubab Tariq Khan of Pakistan College of Law and Muhammad Kazim from The Institute of Legal Studies (TILS)", the university announcement said.

The University of London International has announced it would award prizes to trio students for their excellent academic performance. 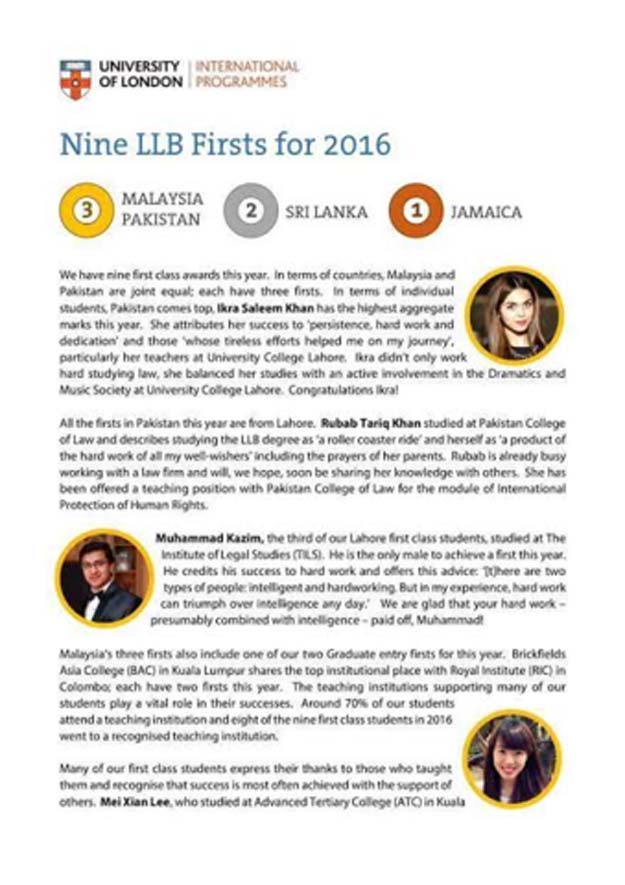 The results of the law course, announced recently by the University of London International Programmes, were a source of pride and accomplishment for the Pakistani nation.

Pakistan's Rubab Tariq Khan gained an LLB with a First. She shares her journey to success. https://t.co/cx138pjeCe pic.twitter.com/KkqLlOy3b0