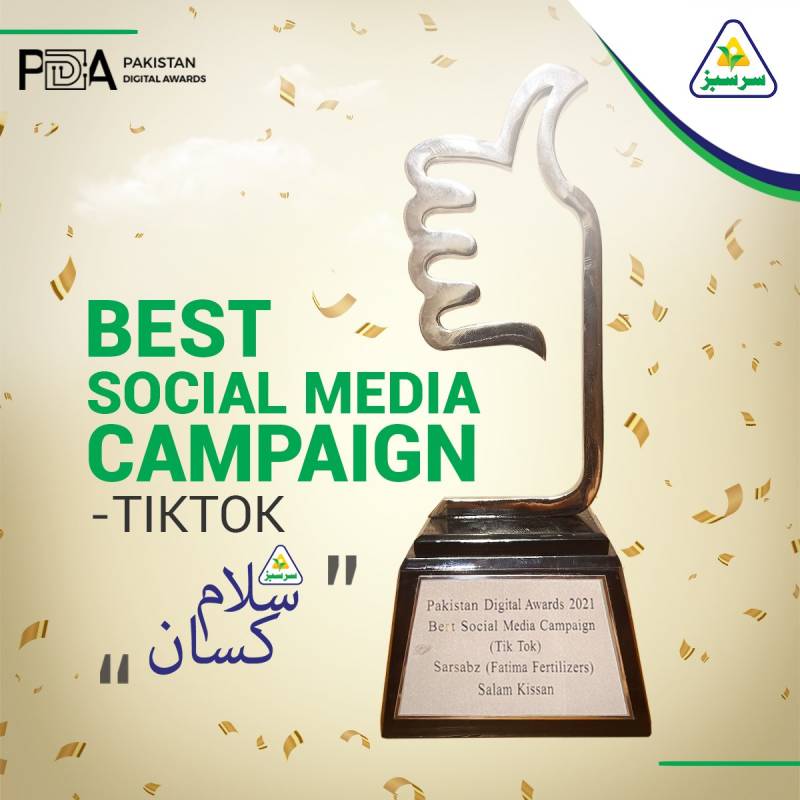 KARACHI - Sarsabz Fertilizers (Fatima Fertilizers) strived to introduce a dedicated day for farmers through ‘Salam Kissan’ campaign, as a first-ever initiative to elevate their image and importance for the national food security.

The intention was to let the day serve as a reminder and drive the stakeholders and policymakers towards a dialogue to come up with possible solutions, that can benefit our small farmers and put them on the path to prosperity.

The day, eventually recognized as ‘Kissan Day’ in 2019, by the Federal Government, is now being celebrated every year on December 18 to pay tribute to the contributions of Pakistani farmers across the country.

In 2020, at the occasion of the second Kissan Day, Sarsabz used the fastest growing platform of TikTok to pay tribute to these farmers. The idea for the campaign was simple- TikTok users had to make videos to pay tribute to the farmers of Pakistan on the Salam Kissan song produced by Sarsabz.

Entries from all over Pakistan were received and the ‘Salam Kissan’ campaign became a massive hit instantly as millions of people including general public, celebrities and influencers joined in to celebrate Kissan Day with a renewed fervor to highlight the role of these unsung heroes.

Engagement highlights of the award-winning campaign:

1. About 20,000 user-generated TikToks with #SalamKissan were received from more than 12,000 accounts.