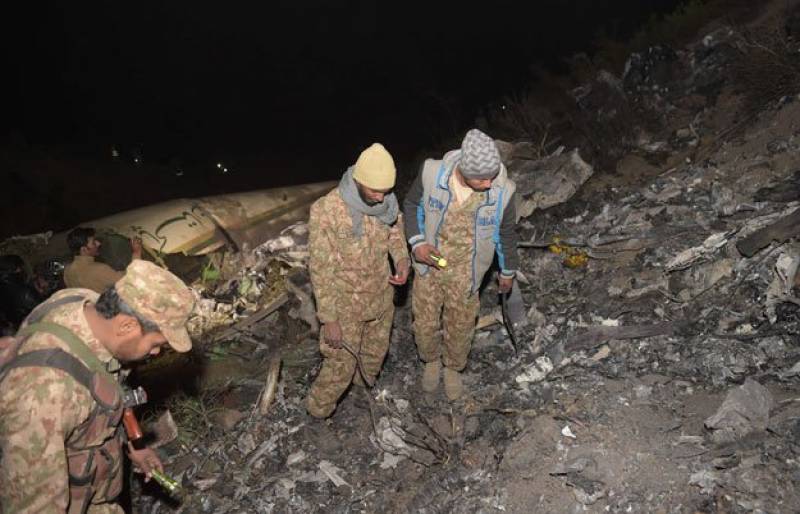 ISLAMABAD - Bodies of Nayha Jamshed, wife of Junaid Jamshed, and Captain Saleh Janjua, both of whom perished in the PK-661 crash on 7 December, have been handed over to relatives today.

Captain Saleh Janjua was identified by his sister and his funeral prayer was offered at 3:00pm in Rawalpindi’s Race Course Ground.

Nayha Junaid's body was received by her mother Dr. Yasin after she was identified using dental records.

Out of the 48 people who have perished in the crash, only 12 bodies have been identified. Pop icon-turned-preacher Junaid Jamshed's body has not been identified as yet.

The team accompanied by ATR company’s experts would also visit the crash spot after which a report will be prepared.

Pakistan International Airlines (PIA) has presently grounded all 10 of its ATR jets for a thorough evaluation and shakedown test.