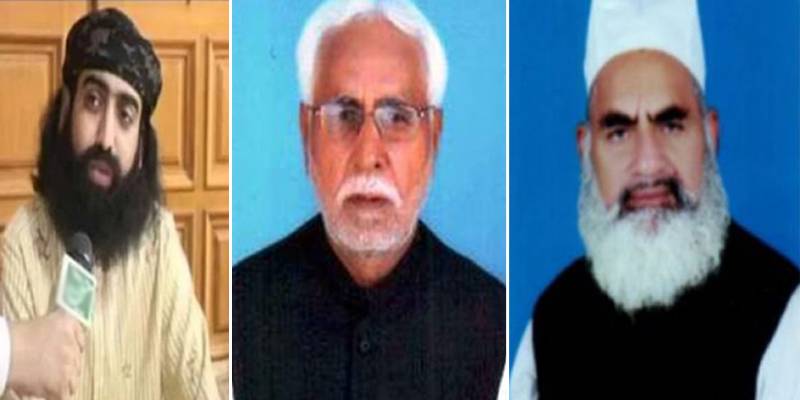 LAHORE - Three provincial lawmakers, who had earlier submitted their resignation to Pir of Sial Sharif Muhammad Hameeduddin, have sent their resignations to the secretariat of Punjab Assembly.

According to local media, the secretariat has received the resignations sent by Maulana Rehmatullah from Chinot, Ghulam Nizamuddin Sialvi from Sarghodha and Muhammad Khan Baloch over government inaction against their demand for resignation of Punjab law minister Rana Sanaullah.

On December 10, five lawmakers, including three MPAs and two MNAs, submitted their resignations to Pir Sialvi dealing a big blow to the embattled government.

The resignations had been announced during Khatm-e-Nabuwwat (finality of the Prophethood) conference at Dhobi Ghat ground in Faisalabad.

Pir Sialvi, who is also a former senator, earlier claimed at least 15 parliamentarians “spiritually associated” with the Sial Sharif shrine would tender their resignations at the public meeting in Faisalabad.

The conference attended by caretakers of various eminent shrines across the country, pledging support to Pir of Sial Sharif and his campaign against the culprits of Model Town tragedy.

The PML-N government has been facing pressure from opposition parties calling for the immediate resignation of the provincial minister for his remarks regarding the status of Ahmadis in the country in a TV show, which he said, had been “distorted and twisted by some rivals to take political advantage”.

Earlier this week, the Punjab Chief Minister Shahbaz Sharif had assured the Pir that he would visit him shortly and clarify the position and remarks of Rana Sanaullah.