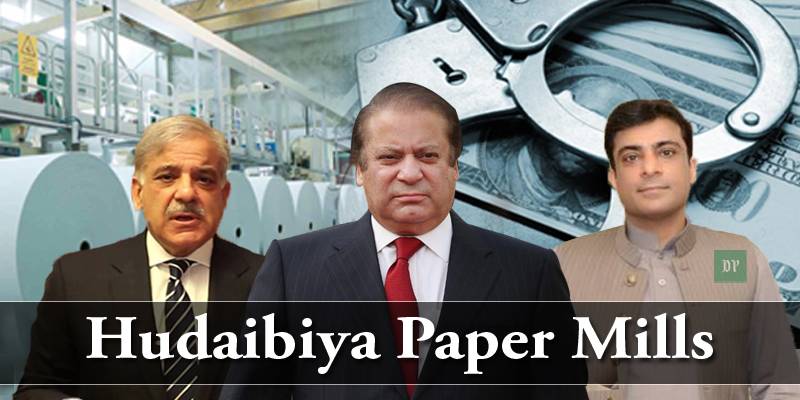 During the hearing,  NAB Prosecutor Imranul Haq informed the three-member bench about the names of fake account holders, to which Justice Isa remarked that fake accounts did not constitute criminality adding that the same facts were present in 2000.

Justice Isa remarked that the apex court cannot rely on statements and needed solid evidence from accountability watchdog. He also observed that the framing of specific charges in the case could not be understood.

The bench also inquired where the Hudaibiya case was mentioned in the Panama Papers case verdict, to which the NAB prosecutor replied that the judgment directed the filing of fresh references if new evidence surfaces.

After the arguments, the hearing was adjourned until Wednesday (tomorrow), with an order to NAB to satisfy the bench regarding the evidence of the case.

The case, involving money laundering charges against the Sharif family, was initiated by NAB in 2000 but quashed by the Lahore High Court in 2014 and a bench headed by Justice Mushir Alam and comprising Justices Qazi Faez Isa and Mazhar Alam Miankhel is currently hearing the case.

The Supreme Court of Pakistan on Monday turned down a plea filed by the National Accountability Bureau (NAB) seeking an adjournment in Hudaibiya Paper Mills case.

NAB lawyer Imranul Haq requested the court to adjourn the case until the appointment of NAB prosecutor. He argued that the  NAB prosecutor should appear in such an important case.

Justice Musheer Alam said that arguments for the adjournment of the case were not valid. He added that the case would not be adjourned.

Justice Qazi Faez Isa asked the lawyer not to play a joke with the court, adding that every case was a high profile case for the court.