Enough with US doubts about Pakistan’s role in war on terror: Pakistani envoy 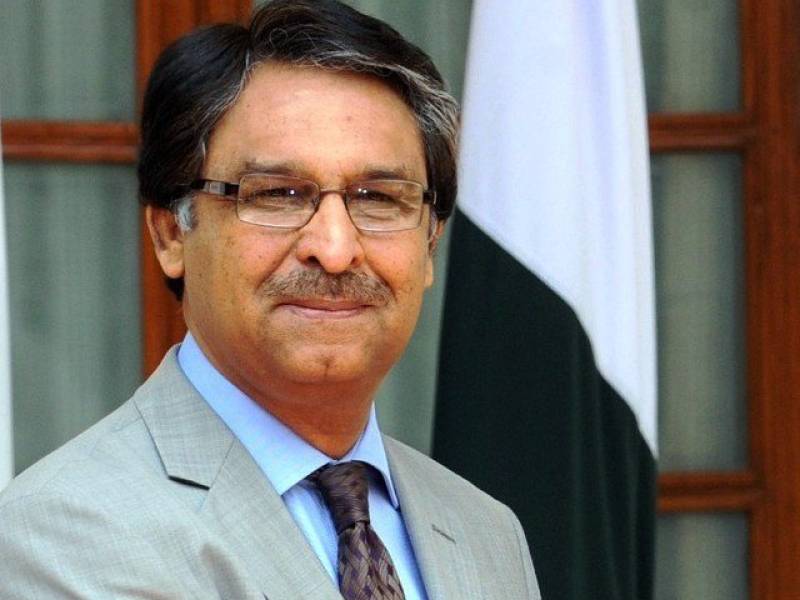 WASHINGTON - Pakistan’s ambassador to the United States Jalil Abbas Jilani said on Tuesday that the American government needed to overcome its doubts about Pakistan’s role in the war on terror, as the country had suffered greatly in fighting the menace and helped the United States in capturing key operatives involved in the 9/11 attacks.

Talking to the APP, the ambassador said that the American people had not been fully or accurately told about Pakistan’s sacrifices against terrorism, adding that the country had lost more than 60,000 people while fighting the menace and suffered billions of dollars in economic losses.

Ambassador Jilani regretted all statements and media reports aimed at maligning Pakistan. He said that incorrect information about the country's role in terrorism had consistently been proven false.

He explained that the presence of former al-Qaeda leader Osama bin Laden in Pakistan had often been raised to question the country's sincerity in fighting terrorism, even though it had become clear that he was hiding in Pakistan the knowledge of the state.

The ambassador said that the US leadership involved in planning the bin Laden raid had clearly rejected  the idea of Pakistan’s involvement in sheltering the global terrorist leader.

“This includes the statement by Admiral William McRaven, who supervised the operation, that there was no evidence that Pakistani government knew about the whereabouts of Osama Bin Laden,” he explained.

Late last year, the White House had also rejected the media's accusations, which the ambassador claimed were sometimes published by journalists seeking the spotlight.

The ambassador claimed that a brochure on “Jehad in Pakistan”, recovered from bin Laden's compound in Abbottabad and reportedly written by him, even listed reasons why the terrorist considered Pakistan as an enemy and outlined Al-Qaida’s elaborate strategy to destroy Pakistan.

“The brochure can be viewed at the Directorate of National Intelligence’s website and is yet another testimony to the fact that terrorism threatens Pakistan and the United States as a common enemy,” he added.

The ambassador also rejected the impression created by false media reports and statements claiming that Pakistan had done nothing to fight terrorism.

He noted the help Pakistan had given to the United States capture key operatives involved in 9/11, including mastermind Muhammad Khalid Sheikh and alleged organiser Ramzi bin al-Shibh, and many others.

During the past two years, Pakistan has also cleared vast swathes of territory previously used by many militant networks including the Haqqani Network, he said.

The ambassador said nearly 500 soldiers of Pakistan Army embraced Shahadat while fighting these militants. “Being the worst victim of terrorism and having lost thousands of innocent citizens and soldiers to this menace are own resolve to defeat this threat can never be doubted,” he added.

The ambassador's statement came in anticipation of a joint hearing by the counter-terrorism and intelligence subcommittees of the US Congress, which is scheduled for Tuesday.

During the meeting, participants will review Pakistan’s role in the war on terror. Chairmen of the sub-committee, Congressman Ted Poe, recently questioned Pakistan’s sincerity in fighting terror and opposed US aid to the country, in an op-ed published in US News Today.