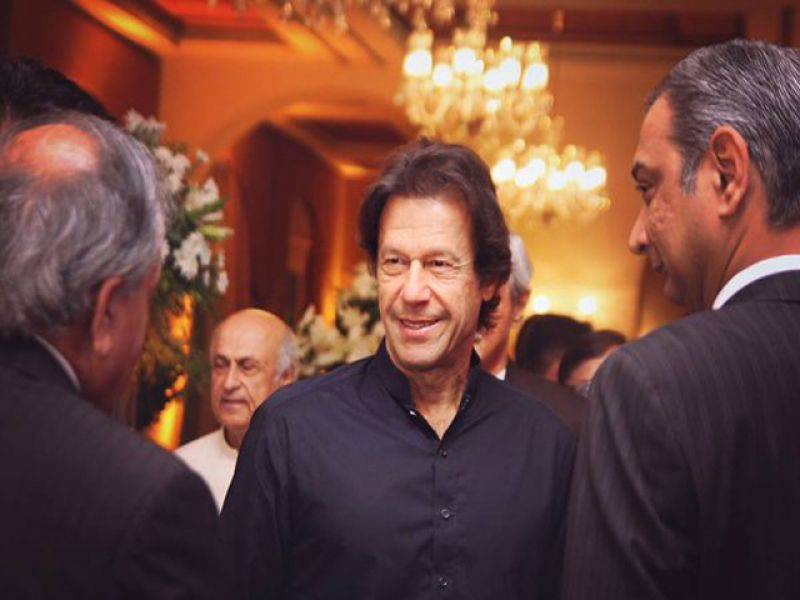 LAHORE (Staff Report) – After hinting at his third marriage, it has been revealed that Pakistan Tehreek-e-Insaf chairman Imran Khan had already married a woman belonging to Maneka family in a simple ceremony few days back in London.

According to Dunya News footage, PTI chief reportedly hosted dinner for his friends after the wedding ceremony.

On the other hand, Khan has categorically denied rumours about his third marriage.