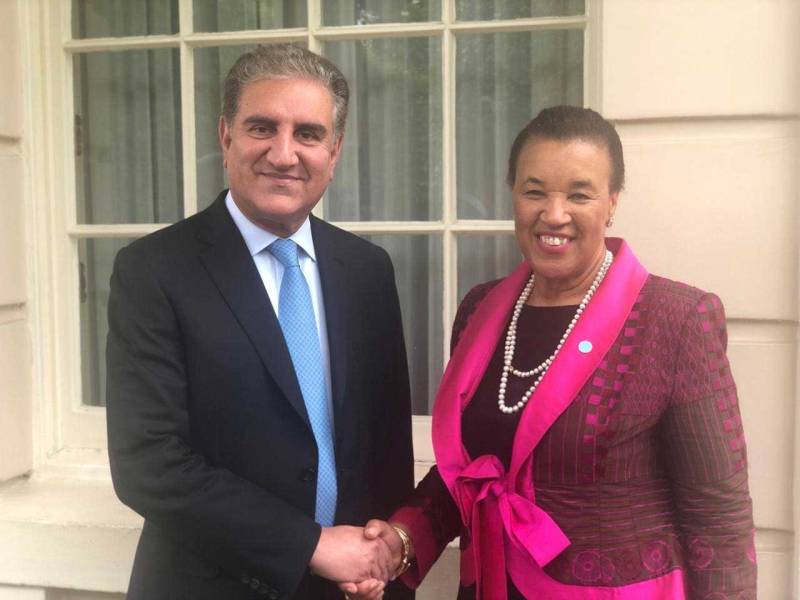 This was expressed by her during a meeting with Foreign Minister Shah Mahmood Qureshi in London, the Radio Pakistan reports on Friday.

The SG Commonwealth lauded Pakistan's ample role for the regional peace and discussed bilateral relations during the meeting.

The Secretary-General said that Commonwealth is committed to promoting peace under the" Peace in the Crease" program.