Is it a Sindhi tradition to rape Indus blind dolphins? Shocking claim spreads on Pakistani interwebs 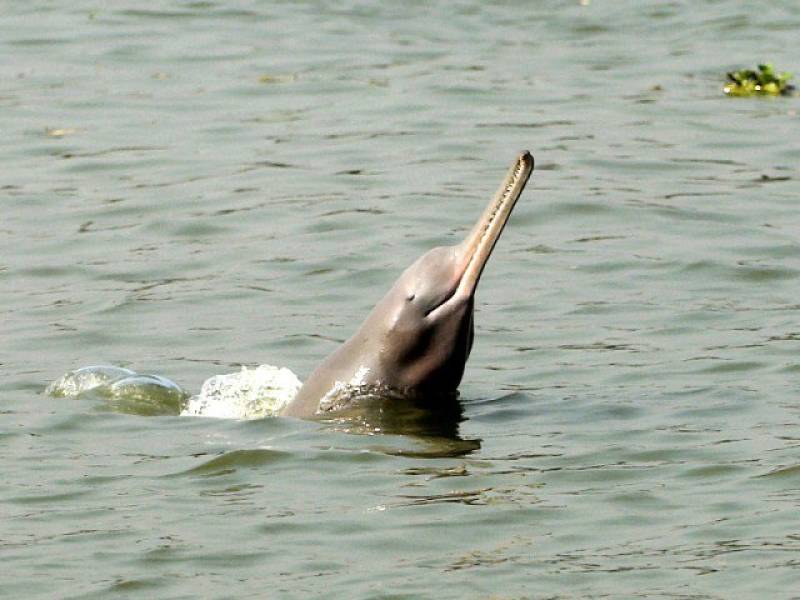 A news article that surfaced on social media earlier this week has shocked the people with its grisly details of an alleged tradition in rural Sindh of raping Indus dolphins, a subspecies of freshwater river dolphin found in the Indus river.

The article titled "Disgusting tradition of having sex with blind dolphins in Sindh" was published in Urdu blog HumSub.

The author of the article alleges that the locals are well aware of the tradition but don't dare to condemn it as it is a well-established tradition of the area and has been widely practised.

"The locals liken Dolphin's genitals to the sexual organ of women," the article adds. It goes on to allege that the extinct species is not only endangered by the polluted water but also because of sexual assault.

However, in the wake of all the bizarre claims of the article, no person from the area has confirmed the authenticity of the claims. Furthermore, the locals have expressed reluctance to believe it saying the tradition seems to be an unheard of new phenomenon.

The Islamabad-based author claims that he was informed by some locals from the rural Sindh, but lacks concrete evidence for his claims.

The 42-inch-long female dolphin was spotted by locals stranded in Wassand Wah, a minor tributary of Warah Canal in Larkana. The locals, while considering the urgency, translocated the dolphin to comparatively deeper waters in a nearby fish pond as an immediate response to avoid its stranding-induced mortality. They later informed media and Sindh Wildlife Department officials. The rescue team carefully captured the dolphin following standard rescue protocols and transported it in a sound proof ambulance to release it in the Indus River at Sukkur Barrage upstream.