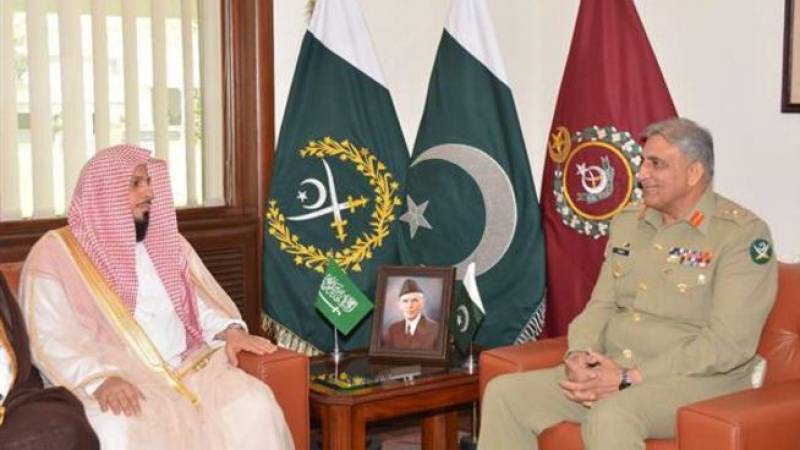 Speaking on the occasion, the Imam-e-Kaaba said Pakistan has a significant place in the Muslim world and it is playing its vital role for peace and stability in the region.

The army chief said relations between Pakistan and Saudi Arabia are based on mutual trust and brotherhood. They will continue to play a part for peace, prosperity, and betterment of Muslim Ummah.

The visiting dignitary was briefed about Pakistan's contribution in towards regional peace.

He acknowledged the sacrifices and achievements of Pak Army in fighting terrorism. Both sides agreed to enhance mutual defense relations.