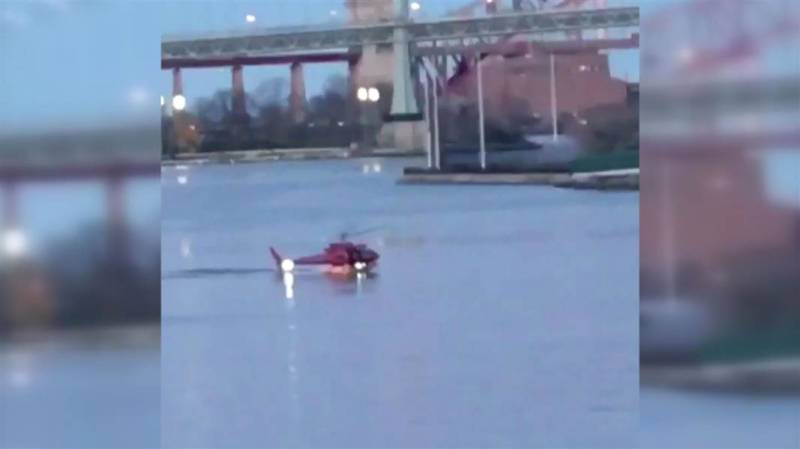 NEW YORK – All five passengers on board were killed after a charted helicopter crashed into New York’s East River, City's Police Department confirmed on Monday.

The chopper's pilot managed to free himself, while two people were declared dead at the scene of the crash but the rescuers pulled three other passengers from the water, however, upon reaching the hospital, they were declared dead.

The tragic incident took place on Sunday evening when a privately chartered helicopter hired for a photo shoot, went down near Gracie Mansion, the mayoral residence.

Video taken by a bystander and posted on Twitter shows the red helicopter land hard in the river after which is capsized, its rotors slapping at the water.

@cnn @FoxNews just witnessed a helicopter crash into the East River .. hope everyone’s ok. Caught it all on tape! pic.twitter.com/saHOMTLR69

The passengers were recovered by police and fire department divers, who had to remove them from tight harnesses while they were upside down, Fire Commissioner Daniel Nigro told CNN.

Witnesses standing near the site of crash said that the helicopter was flying noisily before dropping into the water and submerging, however, the pilot appeared on the surface, holding on to a flotation device as the police boats approached.

A Federal Aviation Administration spokeswoman said the Eurocopter AS350 went down just after 7 p.m. The aircraft was owned by Liberty Helicopters, a company that offers private charters and sightseeing tours popular with tourists.