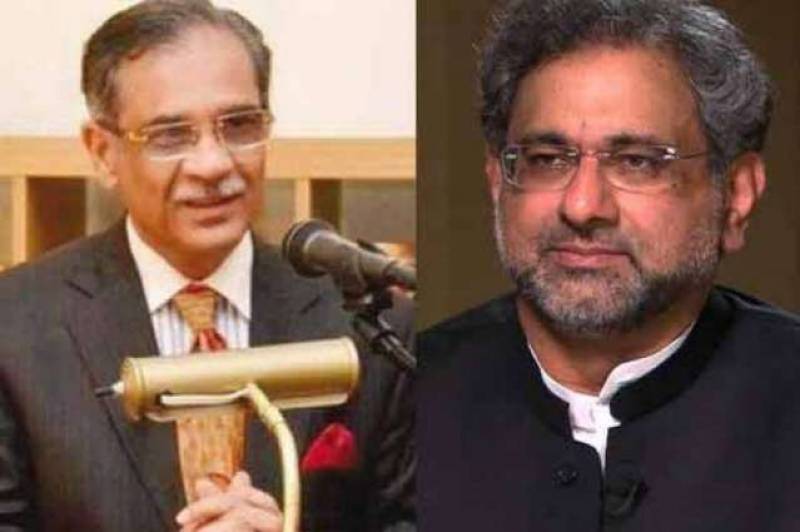 The top judge arrived at the Karachi registry of the Supreme Court where the resumed hearing a case regarding the privatisation of  Pakistan Air Lines (PIA) and fake degrees of pilots.

During the hearing of the case, the CJP Nisar remarked that he had not summoned PM Abbasi as he was a political personality, adding that such breaking news is floated easily.

CJP Nisar summons CEOs of all airlines including PM Abbasi

When the Managing Director of Air Blue, Junaid Khan appeared on behalf of its chief executive officer Shahid Khaqan Abbasi, the Chief Justice remarked that contempt of court proceedings would be initiated against the MD if the airline did not verify degrees of its pilots.

He also ordered the official to deposit Rs50,000 at Fatimid Foundation as a penalty.

While answering the Chief Justice’s questions regarding the case, Junaid said the airline, he was managing, had 101 pilots and overall strength of the staff stood at 251.

Earlier, the Chief Justice of Pakistan Justice Saqib Nisar was quoted as saying that all the chief executive officers (CEO) of all airlines of the country should appear before the court.

Shahid Khaqan Abbasi, according to the media reports, was also summoned as the CEO of airlines company, however, the PM Office denied receiving any summons in this regard.