Assets worth $5.3b established through money laundering: PM's special assistant 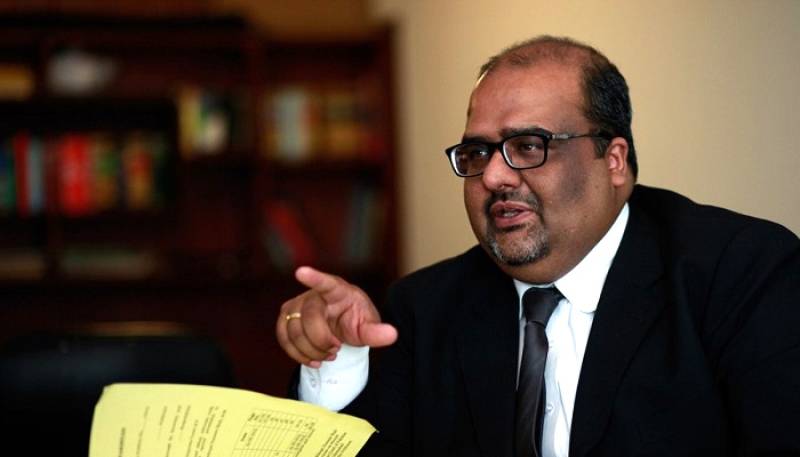 ISLAMABAD - Special Assistant to Prime Minister on Accountability, Shahzad Akbar has revealed that assets worth $5.3 billion were established in Dubai alone through alleged money laundering.

Addressing a press conference in Islamabad on Monday, the official highlighted that the government had identified more than 5,000 fake accounts which were allegedly used for money laundering.

Flanked by Senator Faisal Javed and Adviser to PM Iftikhar Durrani, Akbar shared the progress made by the assets recovering unit — a joint platform of officials from the State Bank of Pakistan, the Federal Board of Revenue and watchdogs to bring back illegal money stashed abroad.

"The amount used for money laundering to establish properties translates into Rs700 billion," he said, adding that further details of all Iqama holders were being collected with the help of UAE authorities.

On the occasion, Iftikhar Durrani expressed that the accounts and foreign properties were found during the investigations into the ongoing cases and the details of each and every case will be shared with media when corruption references will be filed properly.

No matter what, the anti-corruption drive would continue in the country, Durrani asserted.

Faisal Javed expressed that the opposition was desirous of appointing the chairman of Public Accounts Committee from the opposition members adding that the intention was aimed at concealing corruption.

'We have not seen an opposition as week as the current one,' claimed Javed.