Nawaz Sharif turns up before NAB court in Flagship reference 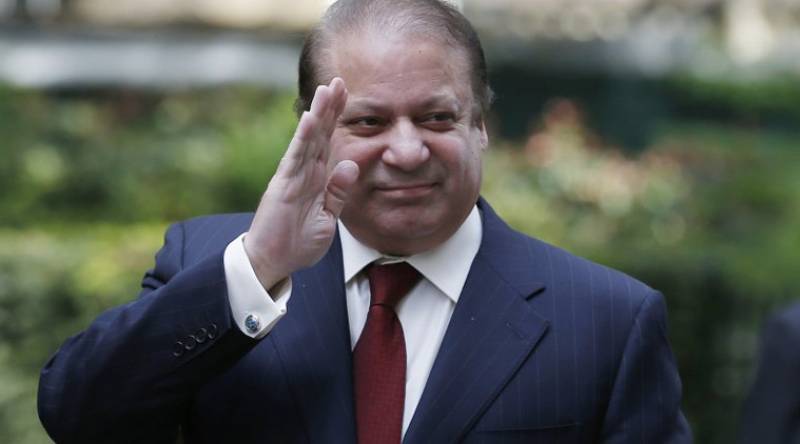 ISLAMABAD - Former Prime Minister Nawaz Sharif appeared before the accountability court in Islamabad as it resumed the hearing of the Flagship reference on Monday.

Tight security arrangements were put in place as the leader of Pakistan Muslim League Nawaz appeared before the court in the reference filed by the National Accountability Bureau (NAB).

During the hearing, the statement of one of the witnesses was recorded by the judge Arshad Malick.

During the hearing, Khawaja Haris, the counsel for Nawaz Sharif, argued that the NAB prosecutor and judge were assisting the witness in recording the statement.

In response to this, the judge remarked that he had recorded the statement as per his understanding as the original account by the witness should be put on record.

'I am not complaining against your act,' replied Haris but added that he was putting questions for the witness, however, others were assisting him.

After a brief appearance, Nawaz Sharif was allowed to leave the courtroom while the hearing was adjourned till Tuesday.

The elder Sharif was sentenced to ten years in prison by the accountability court judge Muhammad Bashir, in the Avenfield reference. However, the conviction was suspended by a two-member bench of the Islamabad High Court.

Besides Flagship reference, another reference regarding the Al-Azizia steel mills has also been filed by the accountability watchdog against the members of the former ruling family, including Nawaz Sharif.