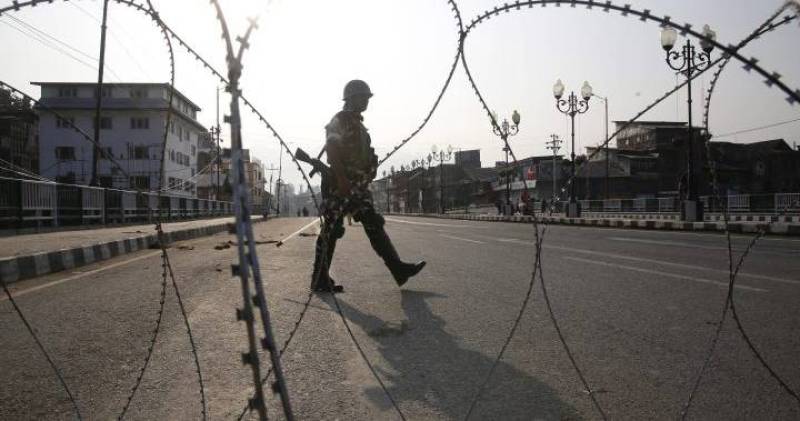 SRINAGAR - Indian troops, in their fresh act of state terrorism, martyred one more youth in Ganderbal district, today (Tuesday), raising the toll to three in less than 48 hours in the occupied territory.

According to Kashmir Media Service (KMS), the youth was killed by Indian troops during a cordon and search operation in Gund area of the district.

The operation was in progress till the last reports came in.

Earlier, the troops had martyred two youth in Bandipore district, taking the toll to three in the past 48 hours.

The restrictions under Section 144 and ban on prepaid phone, SMS and internet services remain enforced.

As a mark of silent protest, people in the Valley continue to keep their shops closed except for a brief period in the morning and evening and stay away from schools and offices. Public transport is also unavailable.