PFA decides to ban banaspati ghee all over province 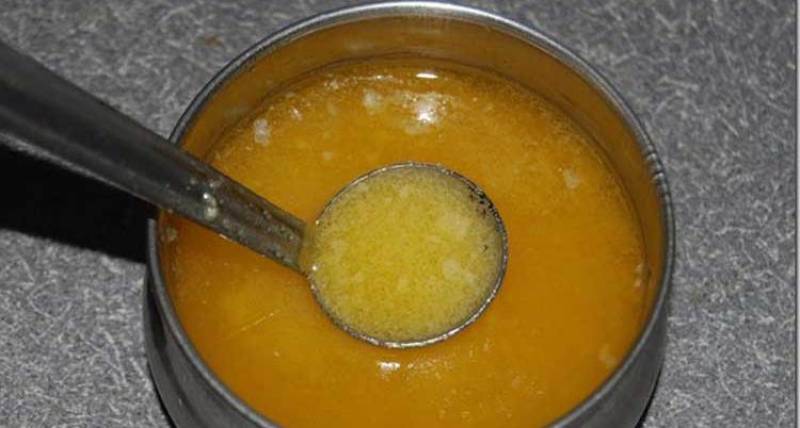 LAHORE - The Punjab Food Authority (PFA) has decided to slap a ban on production and selling of banaspati ghee, a substitute of desi ghee, by July 2020 as it contains ingredients which are unfit for human health.

The decision was taken by PFA's Scientific Panel on Wednesday after the matter regarding adverse effect of ghee was sent to it for deliberation in June this year.

During analysis, the scientist found a high quantity of trans-fatty acids, palmitic acid and nickel in banaspati ghee which are contribute to diseases including cancer, heart disease, mental illness, diabetes and obesity.

To bring the quality of ghee at par with Codex Alimentarius Commission standards, the use of trans-fatty acids will be limited up to 0.5%.

The plan of banning banaspati ghee all over the province will be implemented by 2020 as the manufacturers will be given three years to adopt alternative approach for production.

PFA Director General Noorul Amin Mengal said each person consumes around 18 kilogrammes of ghee and oil in Pakistan during a year, but the consumption rate in Europe is just 3kg.

“By keeping these facts in view, the public must be made aware of that olive oil, soybean oil, sunflower oil and other vegetable oil should be consumed instead of banaspati ghee,” Express Tribune quoted DG Mengal.

Meanwhile, experts are of the view that hazardous items should be banned immediately otherwise the number of patients with fatal diseases would increase rapidly putting burden on already weakened health system.