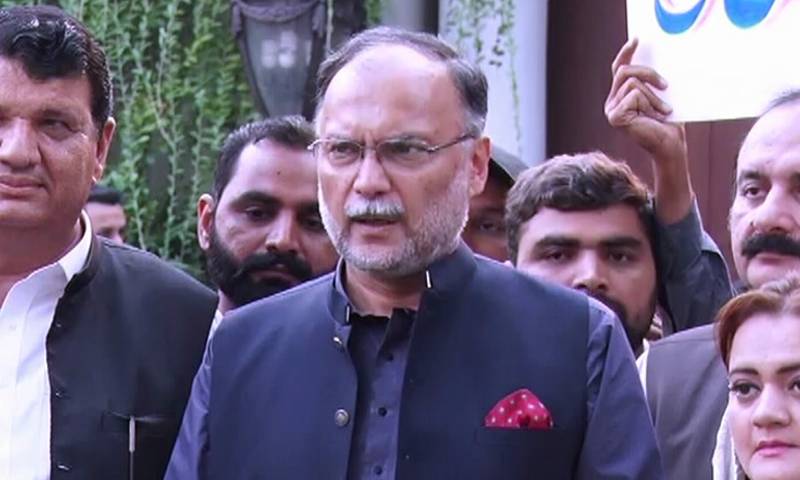 LAHORE – A delegation of Pakistan Muslim League-Nawaz (PML-N) will hold a meeting with Jamiat Ulema-i-Islam (JUI-F) chief Maulana Fazlur Rehman on Sunday to share the message written in a letter by former prime minister Nawaz Sharif ahead of latter’s anti-government protest march.

Ahsan Iqbal, a senior leader of the PML-N, announced it on Saturday during a press conference following a party meeting in Lahore chaired by its president Shahbaz Sharif.

Iqbal said that party supremo Nawaz had shared the complete roadmap for the PML-N, besides expressing his desire to take the JUI-F head into confidence in this regard.

He revealed Nawaz had agreed with the objectives of the Azadi March, scheduled for October 27, and urged the party to play a key role in the prevailing situation where the economy is sinking.

Iqbal said that the party supremo directed the workers to launch a comprehensive movement to get rid of Prime Minister Imran Khan-led government.

He also rejected the impression of conflict within the party, adding that the entire party has confidence in Nawaz Sharif.

The former prime minister affirmed on Friday that he 'fully supports' JUI-F's 'Azadi March' against the government.

The former premier appeared before an accountability court in Lahore Chaudhry Sugar Mills case and in an interaction with newsmen said: Our viewpoint is the same as Maulana's viewpoint.

Sharif went a mile more and recalled that Maulana Fazlur Rehman had called for resignations and protest after the 2018 general elections, adding that they [PML-N] convinced him not to take that course.

"I feel [now] that his argument was solid," he said while referring to the resignation calls of JUI-F chief.

Not paying heed to Maulana's call for the march would be a mistake, he warned and said he has already written a letter to his brother Shahbaz Sharif in this regard.

He, however, affirmed that the final decision would be taken by PML-N's supreme leader, Nawaz Sharif.

Maulana Fazlur Rehman's anti-govt 'Azadi March' is set to begin on October 31st and it is still not sure to what extent he would be able to win the support of PML-N and Pakistan Peoples Party.