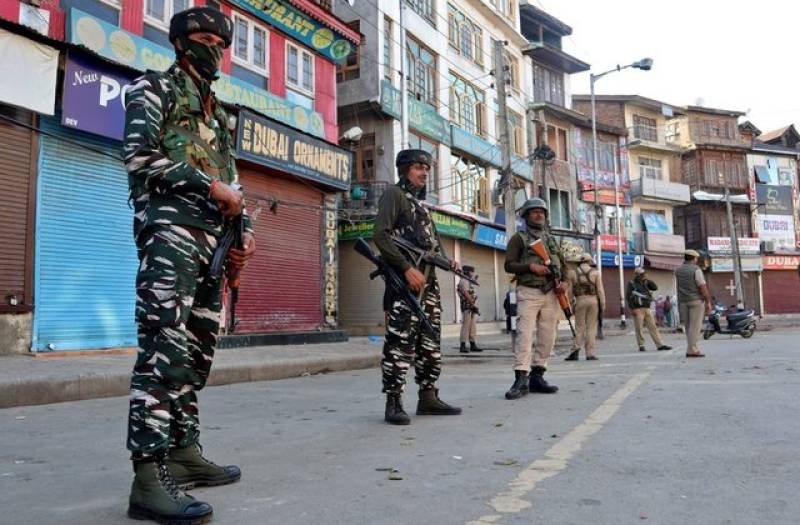 Amid suspension of mobile and internet services and absence of public transport, the residents are facing acute shortage of basic items of daily use including food and medicines, the Kashmir Media Service reports. People keep their shops and business establishments closed as a mark of silent protest against Indian occupation. The cosmetic measures like restoration of landline phones by the Indian government have failed to mitigate the hardships of the residents, the KMS added.

At least seven people were injured after unidentified persons lobbed a grenade in Hari Singh High Street area of Srinagar on Saturday. Soon after the incident, Indian police and troops cordoned off the area and launched searches to nab the attackers.

The Delhi government has admitted that there were over 330 incidents of protests in occupied Kashmir in last two months after Article 370, which granted special status to the territory, was revoked. The internal security report of the Indian government stated that most of these demonstrations were stone-pelting incidents which were followed by civil protests. The report said that 67 per cent of these protests were held in Srinagar, Badgam and Pulwama.

In a tacit admission that situation is not normal in occupied Kashmir, Indian authorities have issued a jacket advertisement in local newspapers, in a bid to persuade the people to end the self-imposed continued shutdown. In the first of the series of advertisements, the occupation authorities have tried to tell the people about the benefits of the repeal of special status of Kashmir.

On the other hand, Indian media quoting officials reported that Modi government is considering restricting imports of some products from Malaysia including palm oil in reaction to its stance on Kashmir dispute. The Indian government was angered after Malaysian Prime Minister, Mahathir Mohamad said last month at the United Nations that India had invaded occupied Kashmir and asked New Delhi to work with Pakistan to resolve the Kashmir dispute. Officials said that the Indian government was also planning some restrictions on imports from Turkey, which issued repeated statements on Kashmir.