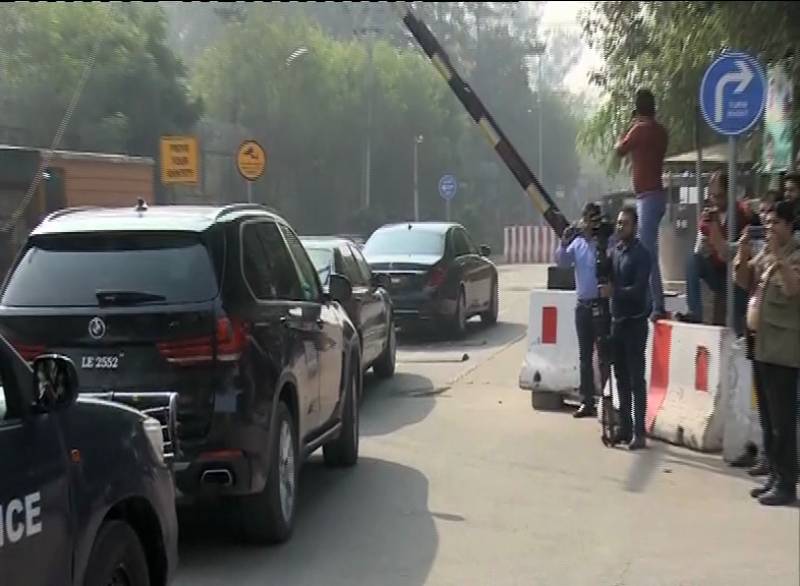 LAHORE - The Lahore residence of Sharif family in Jati Umra has been declared sub-jail after former prime minister Nawaz Sharif, his daughter Maryam Nawaz and son-in-law Captain (r) Safdar were brought to the place on parole following Begum Kulsoom Nawaz’s death on Tuesday.

Strict security arrangements have been made to avoid any untoward situation around the premises of the farmhouse where the former first lady will be buried on Friday.

Nawaz Sharif, Maryam Nawaz and Capt (retd) Safdar, who have been convicted in the Avenfield reference, will remain within the boundaries of Jati Umra during their 12-hour release on parole, Dunya News reported.

Kulsoom Nawaz breathed her last at the age of 68 at the Harley Street Clinic, months after battling lymphoma.

After her death, Nawaz Sharif, Maryam Nawaz and Captain (r) Safdar were freed on parole from the Adiala Jail on a request forwarded by Pakistan Muslim league Nawaz president, Shehbaz Sharif.

Kulsoom’s body is expected to be in Pakistan on Thursday night via PIA’s 758 flight.

“She was a courageous woman of great dignity and confronted her disease with fortitude,” Mr Khan said in his message.