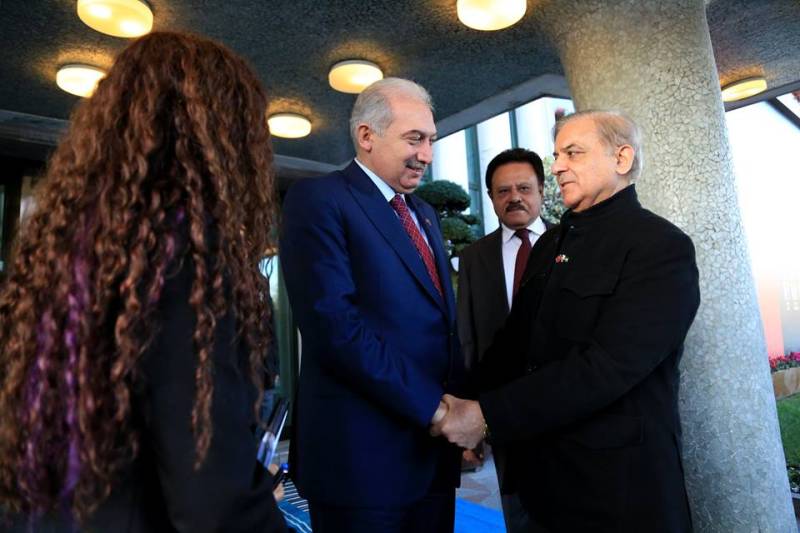 ISTANBUL - Pakistan’s top political representatives discussed matters of mutual cooperation and bilateral relations with Turkish and Palestinian leadership, including the mayor of Istanbul, where an emergency summit of 57-member Islamic-bloc is underway.

Just before the summit kicked off Wednesday, Punjab Chief Minister Shehbaz Sharif who has made a special mark at the Organization of Islamic Cooperation (OIC) session met Mevlut Uysal and they both condemned US President Donald Trump’s recognition of Jerusalem as the capital of Israel.

"Today your presence here in Istanbul means that we all brothers [Muslim leaders] are united on the issue of Jerusalem," said the mayor during his meeting with the CM. 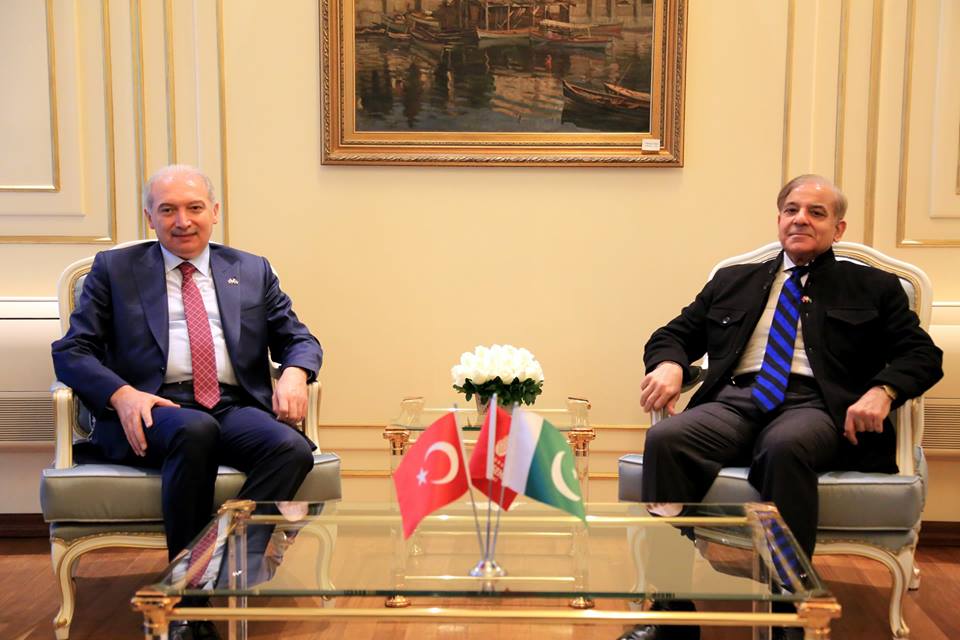 Shehbaz, who is accompanying Finance Minister Khawaja Asif as part of a Pakistani delegation led by Prime Minister Shahid Khaqan Abbasi, exchanged views with key leaders of Middle East over the meeting in which 48 countries are representing the demands and concerns of the Muslim world.

At Istanbul, they were warmly greeted and welcomed by Turkey President Recep Tayyip Erdoğan. The CM acknowledged Erdogan’s role in calling for this important meeting which has sent a strong message of unity among the Muslim states “when it was most needed.”

PM Abbasi and CM Shehbaz also met the President of Palestine, Mehmoud Abbas to shed light on the Palestine issue. It was reassured that the whole Muslim world is united against Trump’s decision and that Pakistan strongly condemns it at all levels.

Prime Minister of Pakistan Shahid Khaqan Abbasi & @CMShehbaz arrive at the Extraordinary #OICsummit. PM & CM are having a discussion with President of Palestine Mahmoud Abbas before the start of the #OICSummit pic.twitter.com/tIRbXkUdUR

Pakistan’s representation at the OIC can be termed praiseworthy. Following these important meetings, it is paramount to understand that this promotes future communication when it comes to catering to the problems faced by the Muslim world with unity.

The extraordinary summit was called by President Erdogan in his capacity as the Chair of OIC, which has promised to take the discussion on Trump’s Jerusalem move to the UN General Assembly if the UN Security Council fails to take any action.

A final declaration released on Wednesday states that the US decision on Jerusalem is equivalent to its withdrawal from the Israeli-Palestinian peace process.

“The US administration should give up its role in the peace process, and if the US does not step back, it will be responsible for all the consequences,” the declaration states.

Trump's announcement last week prompted an outpouring of anger in the Muslim and Arab world, where tens of thousands of people took to the streets to denounce Israel and show solidarity with the Palestinians.

The decision has sparked protests in Palestinian territories, with four Palestinians killed so far in ensuing clashes and air strikes and hundreds wounded.

Israel occupied the sector, previously occupied by Jordan, in the 1967 Middle East war and regards the entire city as its indivisible capital.

Israeli sovereignty over Jerusalem has never been recognised internationally, and all countries currently maintain their embassies in Tel Aviv. However, President Donald Trump has announced that the US will eventually move its embassy.