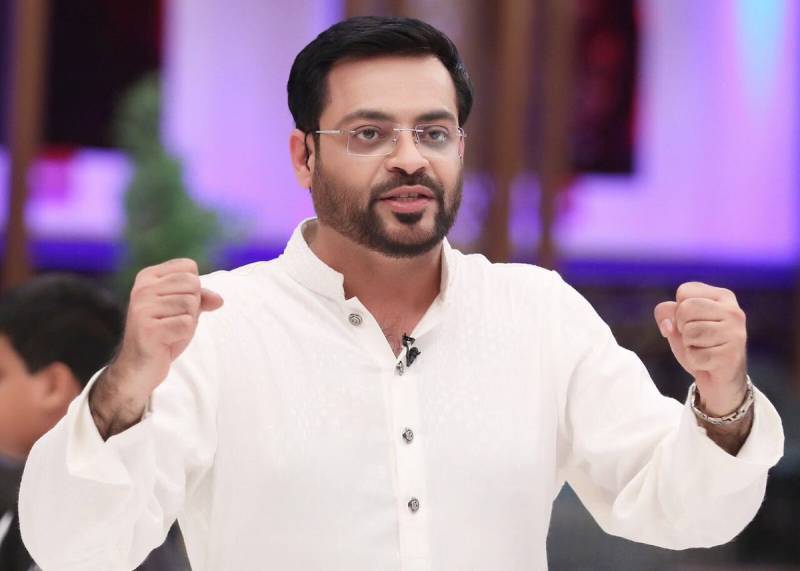 A three-member bench, headed by Chief Justice of Pakistan Mian Saqib Nisar, was hearing a case initiated against him for violating earlier court orders directing him not to use hate speech or derogatory language against individuals, including media persons.

On Nov 7, the PTI leader was indicted in a contempt of court case by the supreme court.

ISLAMABAD - Pakistan Tehreek-e-Insaf leader Amir Liaquat was indicted in a contempt of court case by the supreme court ...

During the hearing of the case, the renowned media personality had tendered an unconditional apology before the apex court, however, justice Aijazul Ahsan remarked that the time for the apology had already lapsed.

Though Liaquat pleaded not guilty to the charge, the apex court indicted him under Article 204(3) of the constitution. 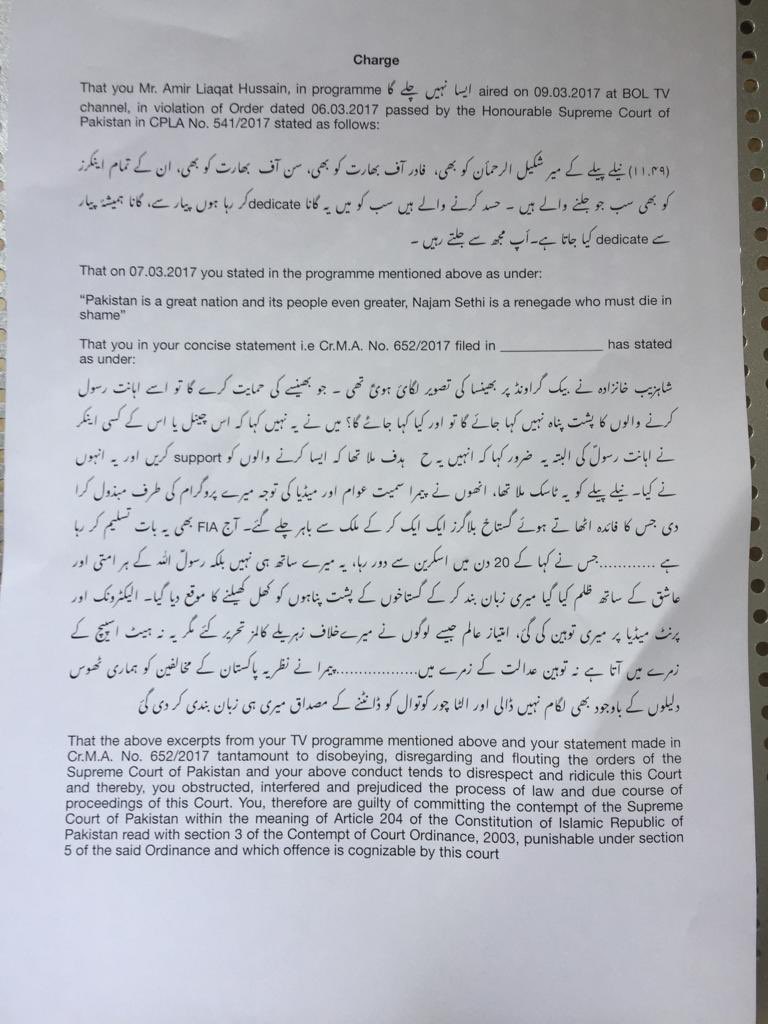 'Amir Liaquat's violation of cour orders comes under the ambit of contempt of court,' remarked the court.

Liaquat confirmed that a two-member bench of the supreme court had indicted him, confirming that a case would now be lodged for investigations of the contempt case.

I have also apologised before and I leave myself at the mercy of the court, Liaquat pleaded during the hearing.

Multiple petitioners including anchorperson Shahzeb Khanzada, Mir Ibrahim-ur-Rehman and Najam Aziz Sethi, had accused Hussain of violating the court orders issued on March 28, 2017 directing him not to use derogatory language for individuals.

He was issued a show cause notice in August and the apex court had earlier rejected his apology, though he has been formally indicted today.