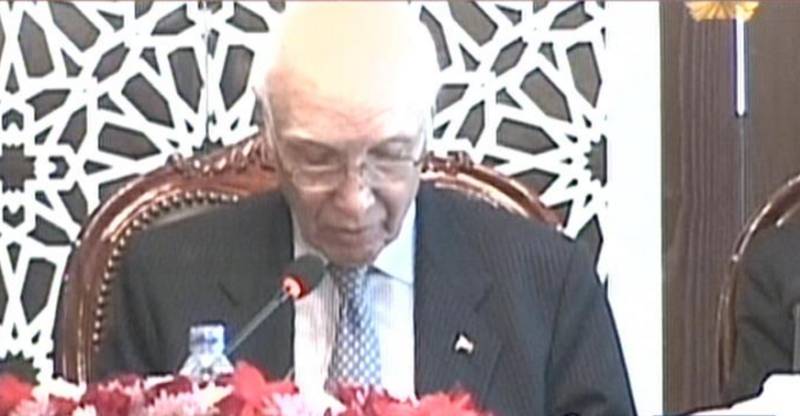 He expressed these views during an in-camera meeting of the National Assembly's Standing Committee on Foreign Affairs in the Parliament House under the chairmanship of Sardar Awais Ahmad Khan Leghari.

Sartaj Aziz briefed the Committee about the recent tensions between Saudi Arabia and Iran, as well as Pakistan's position on this issue in detail.

The committee appreciated foreign office stance on tension between Saudi Arabia and Iran.