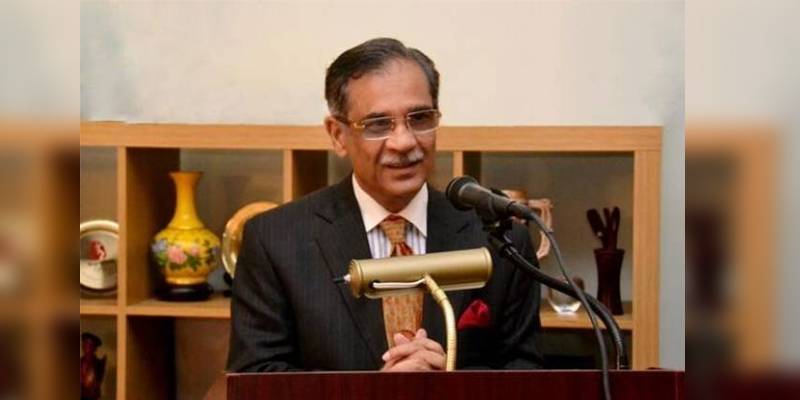 KARACHI - Chief Justice of Pakistan Justice Mian Saqib Nisar on Saturday said that delay in providing justice to common people was an issue that needs to be addressed.

Talking to media, the chief justice called for a major overhaul of prevailing judicial system in order to facilitate the general people. He said that judiciary was often blamed for delay in dispensing the cases, but there were other factors.

Nisar also heaped praises on Punjab for taking initiatives for introducing technology and setting up model court for speedy justice. He added that speedy justice will ultimately benefit the common public.

Calling on the judges, the chief justice said that the decisions should be announced solely on the basis of law.

Highlighting the issues face by the judges, he said that they were unable to handle the cases efficiently due to overburden.

He said that old laws, including colonial era also needed to be updated in order to remove impediments in the way of speedy justice. He said, "We are not here to run legislation system," but it was the work of the parliament to update these laws.

It is to mention here that the chief justice will chair all Pakistan Chief Justices Conference on reforms in the judicial system. All four chief justices high courts will be attending the meeting.

The meeting will be held in the Supreme Court’s Karachi registry.