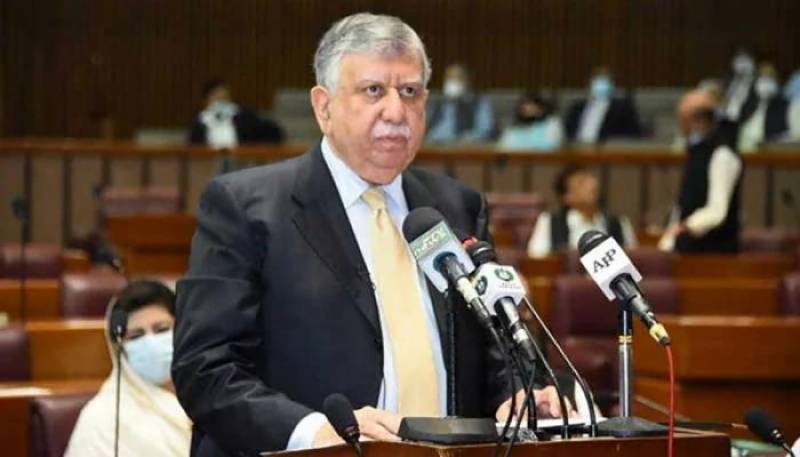 ISLAMABAD – The lower house of Pakistani parliament on Thursday passed the State Bank of Pakistan (Amendment) Bill 2021 and supplementary finance bill amid ruckus being created by the opposition.

Termed by the Opposition as a "mini-budget", the Bill was passed with a majority vote giving effect to new tax measures in an ambitious bid to achieve a tax target of Rs5.8 trillion as per the requirement of the International Monetary Fund (IMF).

The approval of both Bills, which were presented in the National Assembly on Dec 30, was necessary to revive the International Monetary Fund’s (IMF) $6 billion bailout package for Pakistan.

Finance Minister Shaukat Tarin tabled the bill during today's session for approval. Shortly after, PPP's Shazia Marri moved a motion seeking the finance bill be circulated for public opinion under Rule 124 of Procedure and Conduct of Business in the National Assembly so that it could be showed how "anti-people" it was.

As the session is underway, voting also took place on several amendments recommended by the opposition to the finance bill that were subsequently rejected by the lawmakers.

Meanwhile, the opposition is also holding a protest outside the Parliament, led by opposition leader and PML-N President Shehbaz Sharif.

Addressing party supporters, Shehbaz said the opposition has rejected the “mini-budget” as it would increase burden on people in shape of new taxes.

On the other hand, Information Minister Fawad Chaudhry said the approval of the finance supplementary bill will bring betterment to the country's economy.