PTI unfazed by any scandal or book, says Imran Khan 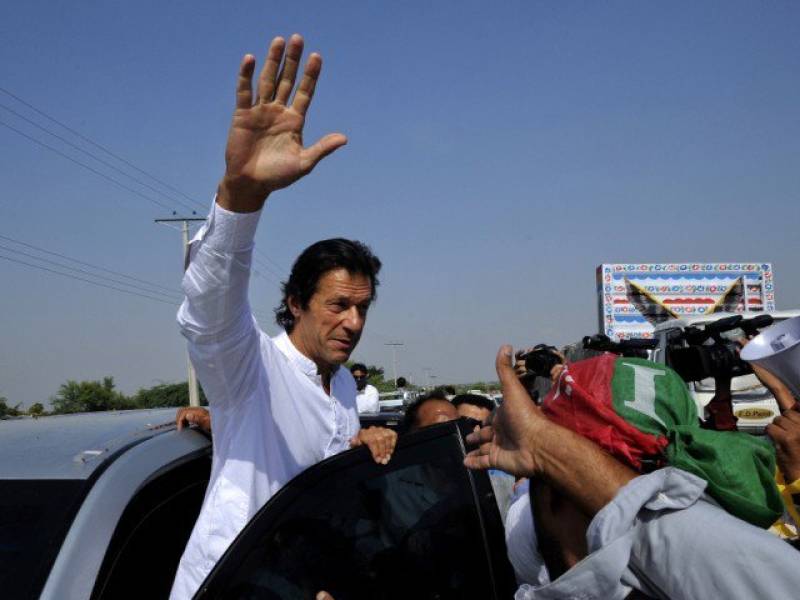 ISLAMABAD - Pakistan Tehreek-e-Insaf Chairman Imran Khan stated on Tuesday that his party would not be dented by any scandal, including publishing of any book, in a reference to Reham Khan's 'Tell-all' book.

Speaking to newsmen in Madina, the PTI chief also stated that the party would review the award of tickets to controversial candidates, the process for which would begin on Thursday.

The PTI supremo was confident that 90 per cent of all the tickets were handed to deserving individuals.

He, however, said that they would address reservations of longtime party workers on the remaining 10 per cent tickets.

The lawmaker highlighted that countries are bound to be destroyed if the public elects a criminal as their ruler.

"Pakistan should never be thought of as a poor country," he added.

The legislator also cited examples of the West and explained that the western system does not allow corrupt individuals to rise above.

"The decision rests with the people," he observed.

The PTI chief claimed that his party had managed Khyber Pakhtunkhwa in a much better way and has put the war-battered province on the path of development.

"Khyber Pakhtunkhwa has surpassed other provinces in health, education environment and other sectors," he claimed.

The cricketer-turned-politician also heaped scorn on former top judge Iftikhar Mohammad Chaudhry and alleged that Nawaz Sharif was assisted by him in winning the polls through returning officers (ROs).

"Chaudhry backtracked after not being made president by Nawaz Sharif," the PTI chief shared.

Imran Khan went to Saudi Arabia on Sunday to perform Umrah along with his wife Bushra Maneka. The PTI chief and his wife, along with the former's close aides Zulfi Bukhari and Aleem Khan would also attend other social events in the Oil-rich kingdom.

The couple is expected to return to the country before Eid.