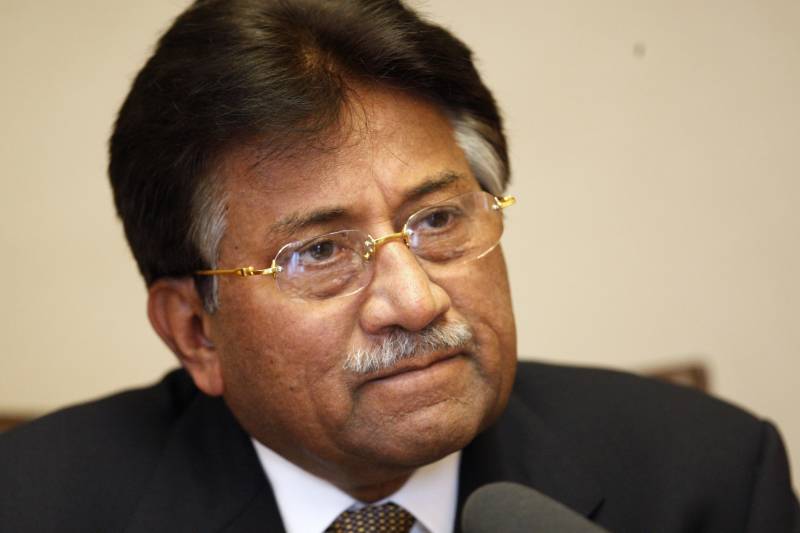 During the hearing of a case on Wednesday, the top judge remarked that if the former president does not show up in court by 2 pm tomorrow, the law would take its course and a decision would be taken.

A three-judge bench hearing Musharraf's appeal against his 2013 disqualification by the Peshawar High Court also clarified that the apex court was not bound to Musharraf's terms.

"We've already said that if Musharraf returns, he will be provided with security. We are not bound to provide a written guarantee in this regard," remarked Chief justice Mian Saqib Nisar.

H went a mile more and taunted that instead of lip service, the former president should land back in the country.

"If Pervez Musharraf is a commando, he should show us by returning, instead of continuously parroting that he will return like a politician," the CJP observed.

Last week, the apex court had allowed Musharraf to file nomination papers to contest the July 25 general elections. The bench had conditioned that he would appear in person before the court on June 13 (today) at its Lahore registry to attend the court hearing, however, Musharraf did not show up.

Musharraf's nomination papers for Chitral's NA-1 seat were submitted earlier this week. The chief justice had also ordered the Nadra to unblock Musharraf's national identity card (CNIC) and passport, paving for the return of All Pakistan Muslim League president.

The former president spends his time occasionally in Dubai and London and had vowed multiple times to return back, however, the claims have not materialized to this day.