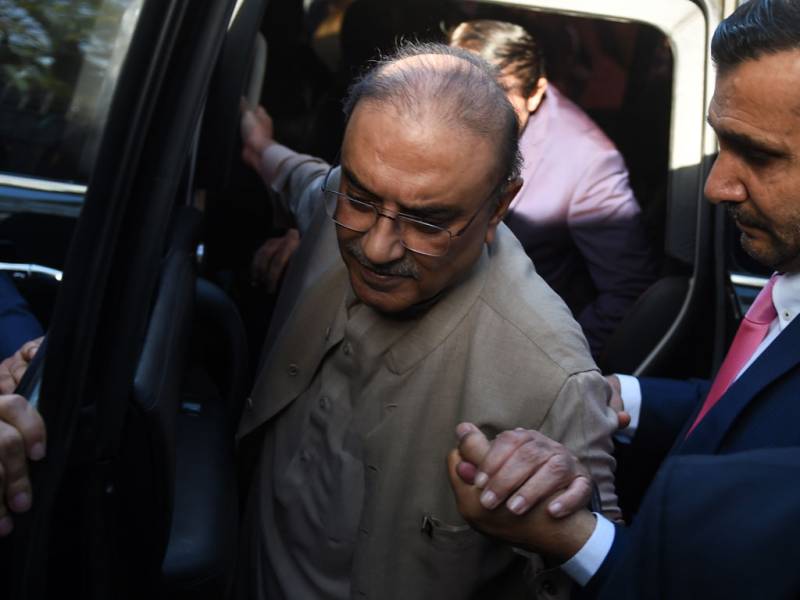 RAWALPINDI - Former president, Asif Ali Zardari was shifted to Rawalpindi Institute of Cardiology on Thursday after complaints of chest pain.

The co-chairman of Pakistan Peoples Party is in the custody of the National Accountability Bureau, which arrested him a few days ago in the mega money laundering case.

On the other hand, Pakistan Peoples Party stated that the party was not informed about the medical condition of the lawmaker.

The lawmaker was remanded into NAB custody till June 21 after he was produced before an accountability court a few days ago.

The money laundering probe relates to the opening of over two dozen accounts in private banks through which money was allegedly laundered; Asif Zardari’s friends including Anwar Majeed, Hussain Lawai and others are already behind bars in the case.