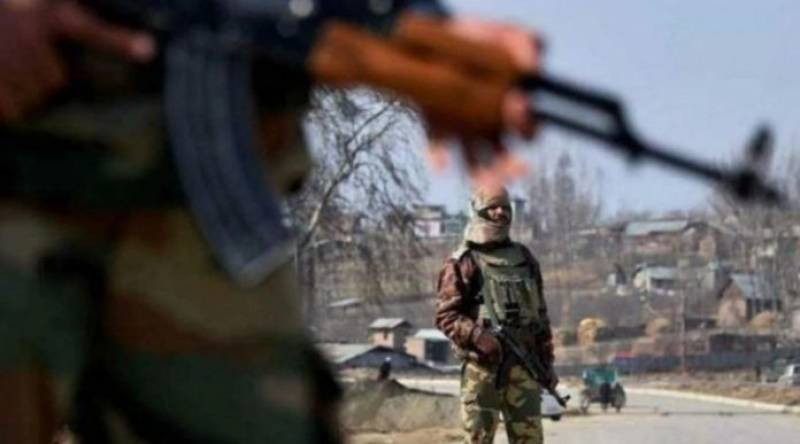 “The Indian occupation army has intensified extra-judicial killings of the Kashmiris in the so-called "cordon-and-search" operations despite ravaging COVID-19 pandemic,” Foreign Office spokesperson said in a statement on Sunday.

More than 55 Kashmiris have been killed in this year alone by the Indian occupation forces. Arbitrary detention of Kashmiri youth also continues unabated.

The FO spokesperson said India should be well aware that no amount of Indian brutalization would be able to subjugate the Kashmiris and break their will in their struggle for self-determination.

He added that Pakistan had consistently emphasized that gross and systematic violations of human rights being perpetrated by the Indian occupation forces in IIOJK warranted investigation by the UN Commission of Inquiry, as recommended by the OHCHR in its reports of 2018 and 2019.

"Pakistan reiterates its call for independent inquiry under international scrutiny to investigate the unabated extra-judicial killings of Kashmiris by Indian occupation forces and to bring the perpetrators of these heinous crimes to justice," the statement further read.

Three persons were martyred by the random firing of Indian forces’ personnel at Aarampora in the northwestern town of Sopore town yesterday. Hundreds of people participated in separate funerals for the dead civilians in Sopore, where mourners chanted pro-rebel and anti-India slogans and called for an end to Indian rule over held Kashmir.

Hurriyat leaders and organizations have strongly condemned the killing of civilians by Indian troops, and expressed solidarity with the bereaved families.

ISLAMABAD – Pakistan strongly condemned the killing of a young Kashmiri Mohammad Amin Malik due to torture by ...