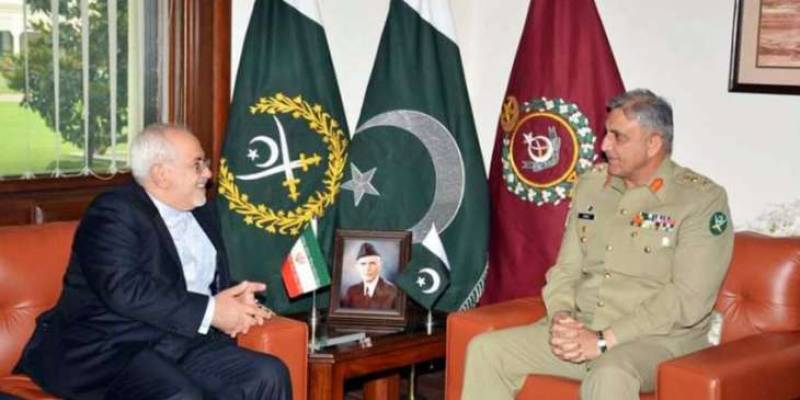 The visiting dignitary appreciated bilateral security engagements during the recent months and measures initiated by both sides to improve Pakistan-Iran border security, said a press release issued by the Inter-Services Public Relations.

The Chief Of Army Staff conveyed that regional peace was dependent upon wider cooperation within West Asia.

"We all need to cooperate to root out transnational security and crimes threat," General Bajwa said to the Iranian diplomat.

The military's media wing stated that during the meeting, matters of mutual interest, regional security and Pakistan-Iran relations came under the discussion.

Iran's Foreign Minister said on Tuesday that two suicide blast attempts near his country’s border with Pakistan last night were foiled due to efforts from both countries.

“Last night we had two suicide attack attempts from Pakistani territory into Iran. Both of them were foiled and we had excellent cooperation last night from the Pakistani armed forces in order to contain this. We are very happy with the level of cooperation that exists today,” Zarif told Geo News in an interview.

The Iranian foreign minister also reiterated his commitment towards improving relations between the neighboring countries, stressing that Iran would not allow its land to be used for activities against Pakistan.