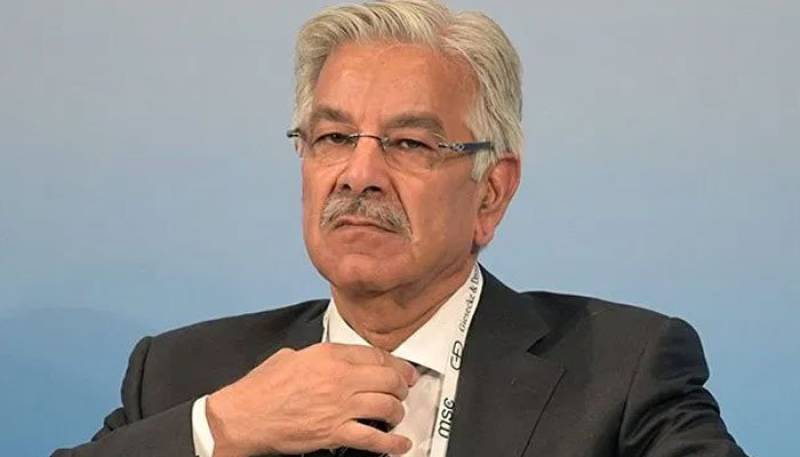 LAHORE – An accountability court on Friday has extended judicial remand of PML-N leader Khawaja Asif in an assets-beyond-means case.

Judge Jawadul Hassan was hearing the case but the PML-N’s leader did not appear in court.

During the hearing, jail officials presented a medical report of Asif who is admitted in Jinnah hospital to undergo a hernia operation.

Looking at the report, the judge remarked, “Platelets of the patients drop within a minute here.”

"Each accused would come up with an excuse for not appearing in the courtroom," he added.

Khawaja Asif’s lawyer told the court his client would be released from the hospital in 10-15 days.

Later, the court extended the judicial remand of Asif for 14 days and adjourned the hearing till March 26.

Moreover, the court summoned a detailed report on the reference from the investigation officer (IO) of the anti-corruption watchdog. The anti-graft watchdog accused that a bank peon in Lahore had submitted over Rs28 million in the bank account of Khawaja Asif on orders of senior officers.

It further stated that the nephew of Khawaja Asif, Khawaja Sultan, had submitted Rs20 million to his bank account after being told by his paternal uncle.

In another incident, a senior political worker Rana Abdul Waheed had submitted Rs30 million to Asif’s account. During interrogation, Waheed told NAB officials that the money was given to him by Asif.

Another political activist Sarmad Ijaz had withdrawn Rs5 million from Asif’s bank account and handed the money to him. The documents stated that the PML-N leader had failed to respond to the NAB’s query regarding the source where he earned the money.