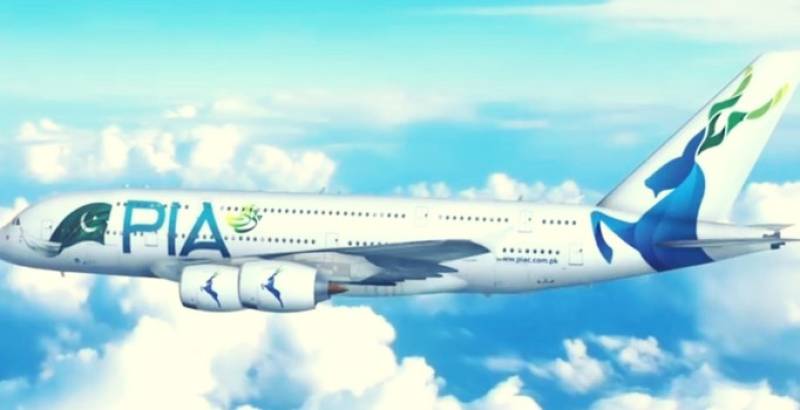 ISLAMABAD - The Supreme Court on Sunday temporarily barred the Pakistan International Airlines from using Markhor as its logo on airplanes.

The national flag-carrier is currently in a process of replacing the Pakistan’s flag on the tails of its airplanes with an image of the country's national animal.

While hearing a suo motu case regarding the airline's performance, Chief Justice of Pakistan (CJP) Mian Saqib Nisar ordered PIA to halt the revamping of its aircraft until a report on the matter is submitted in the court.

"We have found out that you are planning to replace our national flag [on the tails of PIA aircraft] with the picture of an animal," the chief justice said to the managing director of PIA, who was present in the court.

"Which animal are you planning to place on the tails of the planes?" the CJP asked, and was told that a picture of a Markhor, PIA's new mascot and Pakistan's national animal, will be placed on the national flag-carrier's tail.

RAWALPINDI – Pakistan International Airlines (PIA) has officially introduced a new livery on its aircraft after ...

The PIA MD was ordered by the chief justice to present a report regarding the award of contract for pasting stickers of the Markhor on the planes.

CJP Nisar further questioned about the estimated amount being spent on the plane’s revamping, to which the MD replied that Rs2.7 million was being spent on a plant. Unconvinced, the CJP responded that the rebranding of each plane will actually cost Rs3.4m.

He further directed the MD to submit a report on who was responsible for attaching the sticker on the planes. CJP Nisar further inquired from the MD about his niece working in PIA, to which the MD responded that none of his relatives were working in the airlines.

ISLAMABAD – As many as 24 pilots and 67 crew-members of Pakistan International Airlines (PIA) hold fake degrees, the ...

Jusitce Nisar also took the PIA MD to task about the delay in his flight from Karachi to Islamabad on Saturday.

"Do you know what time I reached Islamabad yesterday? Why was my flight two-and-a-half hours late?" the CJP asked. He was told that the flight was delayed due to a technical difficulty.

"I will also take a look at your performance," the CJP warned the PIA MD.

ISLAMABAD - Supreme Court of Pakistan on Thursday passed an order to place the names of all former managing directors ...

The top judge also stated that it was worth pondering that what an economist was doing as MD of PIA.