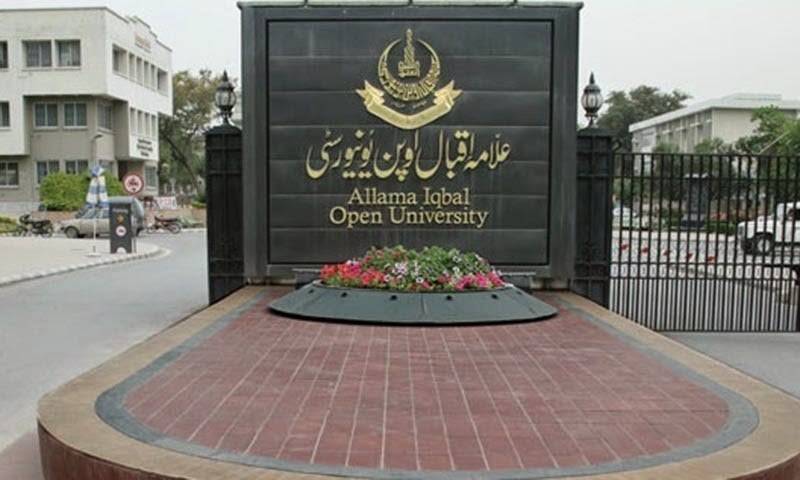 The invigilators at Government Islamia College refused to conduct the AIOU examination of Compulsory English-II course when they were handed over in such a condition.

Police were called at the center and an FIR was registered to investigate the breach.

The exam board says this leak was limited only to one centre, in Ghazi Abad area.

Sources told Daily Pakistan that the sealed packet can only be opened by Superintendent Examination in the presence of deputy superintendent and three other witnesses.

However in this case the seal of envelop was already broken and a 'cut' is visible under the improper 'bandage'.

Sources say few members of the invigilating staff were involved in paper leak. 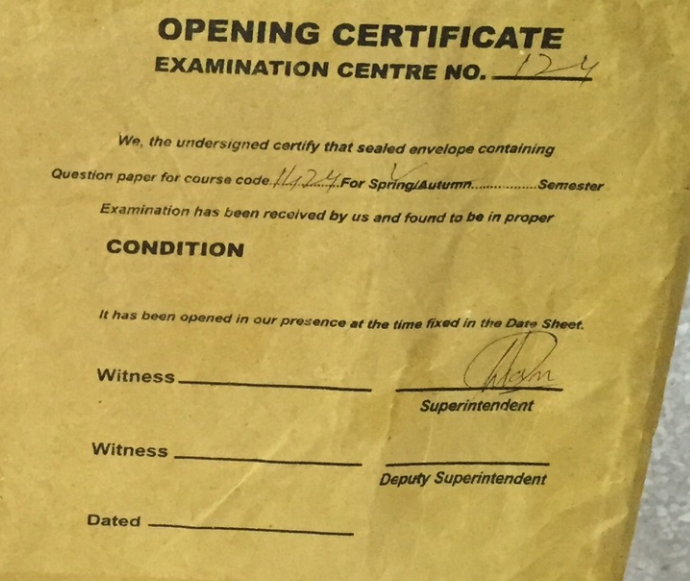 Mr Rasool Bakhsh Behram, who is AIOU's regional Incharge in Lahore office, was also an associate of the accused staff in 'selling question papers to students before the exam date', the sources added.

“All these officers are part of a mafia and have their network nationwide. They are minting millions from the students in connivance with the education department,” one of the sources insisted. 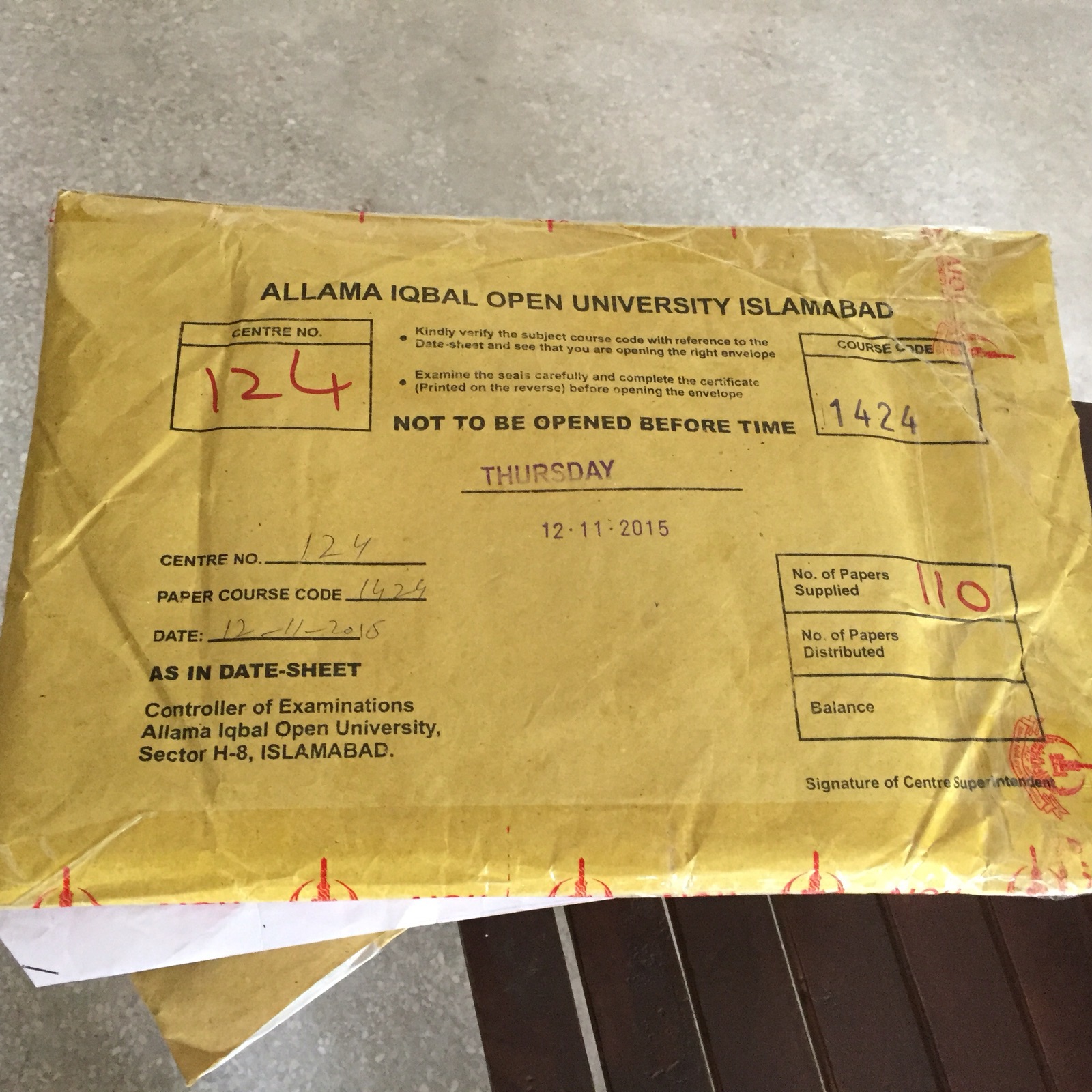 When AIOU’s Lahore office was approached for comment, officials confirmed the paper-leak. However they refused to verify any further information for not being in a position to remark. 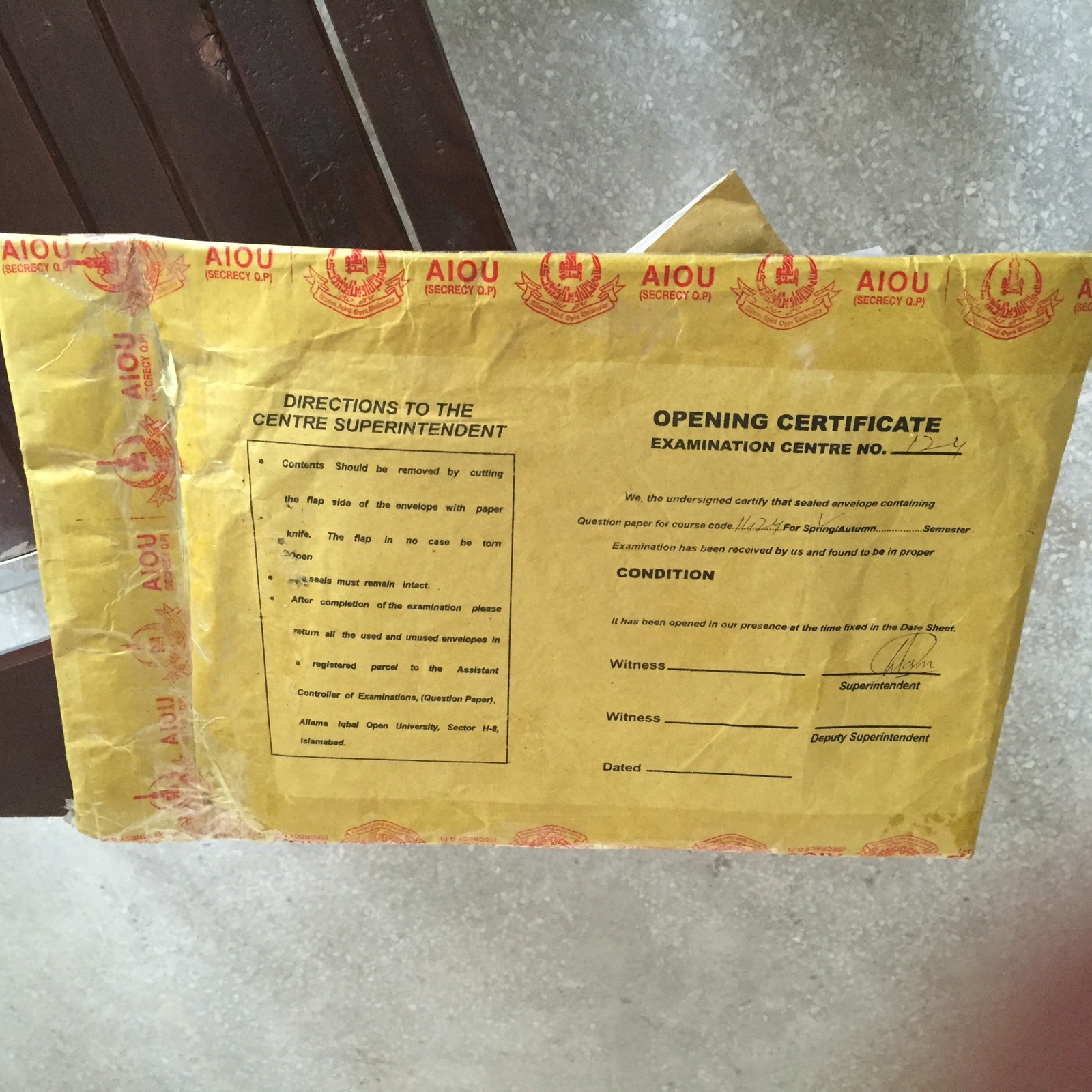 Top officials at university's regional office were not available for their comments.

The Allama Iqbal Open University - popularly known as AIOU - is a public research university located in Islamabad, Pakistan. It is the fourth world's largest institution of higher learning, with an annual enrollment of 1,121,038 students (as of 2010), the majority of them women, and Course Enrollment of 3,305,948 (2011).