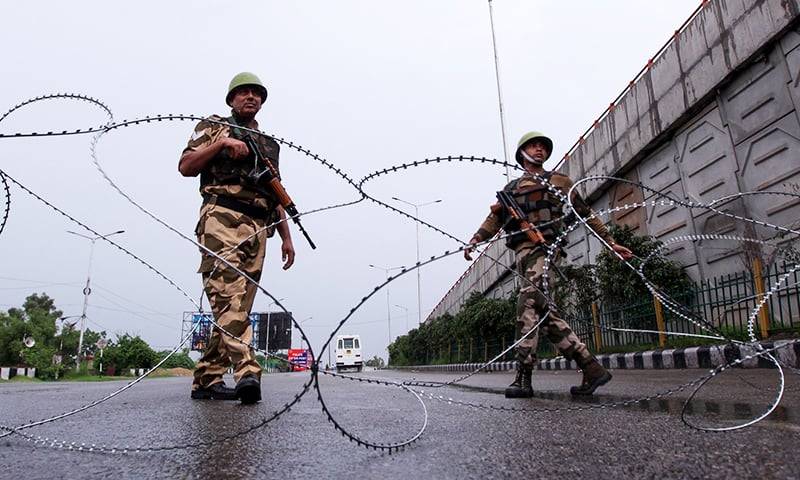 SRINAGAR - The people of Occupied Kashmir valley and Muslim majority areas of the Jammu region continue to suffer immensely as the strict lockdown imposed by the Indian government completes 10 weeks, today.

Shops and main markets are shut and public transport is off the roads in the Kashmir valley and Muslim majority areas of Jammu as a mark of protest to express resentment against Indian occupation reported Kashmir Media Service.

Though private vehicles are plying on the roads, no public transport is available to the public. The helpless Kashmiris are facing difficulties to get to the hospital and move from one place to another.

Due to the unavailability of internet and cell phone service, the valley is totally cut off from the outside world, the KMS reported.

On the other hand, Indian civil rights activists talking to reporters in New Delhi urged the Indian government to restore Articles 370 and 35A as well as mobile and internet services, remove the restrictions on the movement of people in the Kashmir Valley and take steps to bring back normalcy in the territory.

Delhi-based journalist and writer, Revati Laul, said that the repeal of Article 370 was the main cause of trauma for the people of Kashmir.

However, the BJP-led government, which is playing such cards to secure political gains, is not caring about the miseries being faced by the people of the valley due to its inhumane act. Indian Prime Minister Narendra Modi, earlier today addressing an election rally in Maharashtra’s Jalgaon, challenged the country's opposition to restoring Article 370 in occupied Jammu and Kashmir.

On August 5, Indian President Ram Nath Kovind signed an order repealing the special status granted to occupied Kashmir under Article 370 — a move that was vehemently opposed by majority of the opposition.