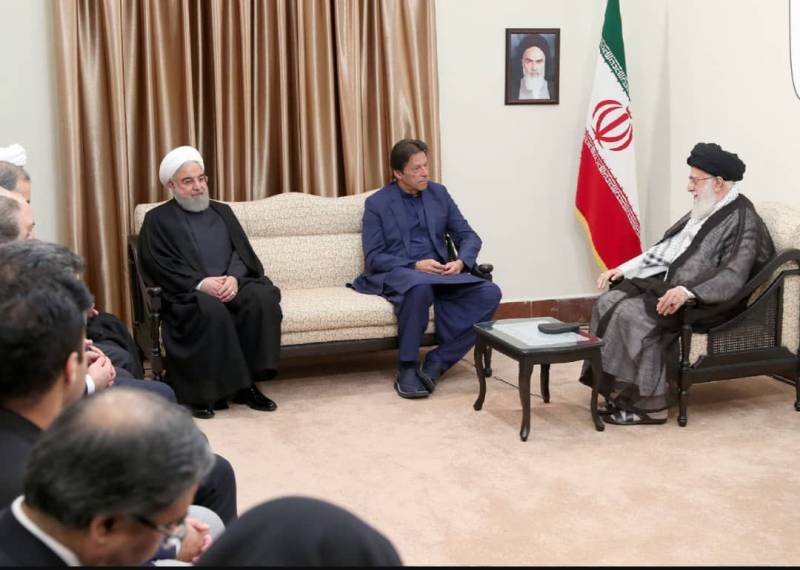 ISLAMABAD – Prime Minister Imran Khan Sunday left for Islamabad on completion of his day-long visit to Tehran as part of his initiative to promote peace and security in the Gulf region.

It is Khan's second visit to Tehran this year amid an escalation in regional tensions.

The prime minister was seen off by Iranian Foreign Minister Javad Zarif at the airport, a PM Office statement said.

During his visit, he met Iranian President Hassan Rouhani and Supreme Leader Ayatollah Seyyed Ali Khamenei, besides addressing a joint press stakeout with the Iranian president.

"Pakistan does not want conflict between Iran and Saudi Arabia...I am happy to facilitate talks between Tehran and Riyadh...I am very hopeful as I had constructive talks with the (Iranian) president," he said at a joint news conference with Hassan Rouhani.

"Any effort based on goodwill is welcomed ... during the meeting, we agreed that the regional issues can be resolved through diplomacy and through dialogue between countries," Rouhani responded. 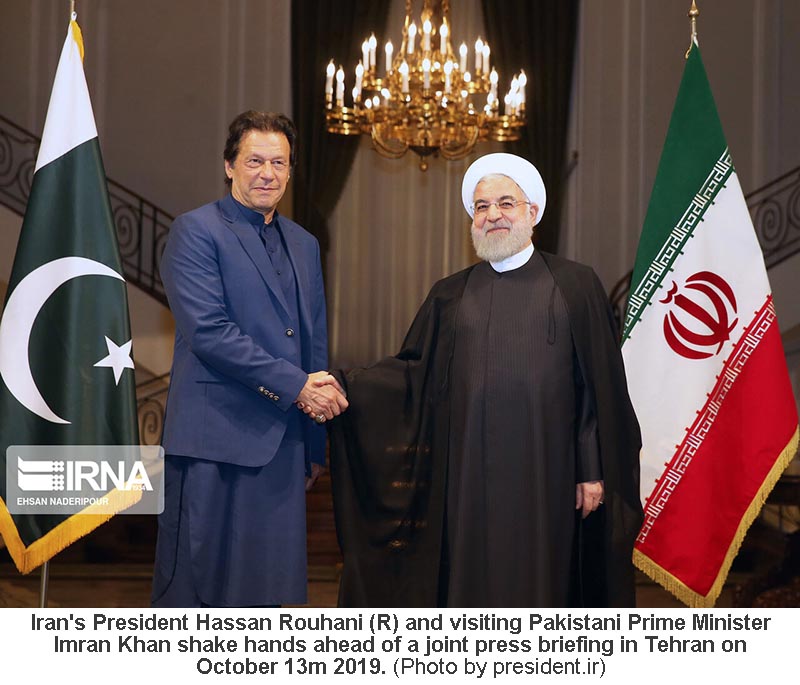 During his meetings with the Iranian leadership in Tehran, the prime minister conveyed Pakistan’s readiness to extend full facilitation of efforts for de-escalation of tensions and resolution of differences and disputes through political and diplomatic means, said a PM Office statement rounding up the prime minister’s engagements in the Iranian capital.

During his meeting with President Hassan Rouhani, the prime minister highlighted the historic ties and the tradition of close cooperation between the two countries. He reiterated his commitment to further strengthen bilateral relations in diverse areas, with a particular focus on enhanced trade and economic cooperation. Close cooperative ties with Iran have always been a priority for Pakistan, the prime minister remarked.

Speaking on the sidelines of the 74th session of UN General Assembly in New York, Khan announced that US President Donald Trump and Saudi Crown Prince Mohammed bin Salman had both asked him to mediate with Iran. But, in Tehran, Khan told Rouhani that it was purely a Pakistani initiative to offer its facilitation for Iran and Saudi Arabia to settle their issues for the security and stability of the region.

Khan also expressed gratitude over Iran’s support on the Kashmir issue as the lockdown of over eight million people in the Indian Occupied Jammu and Kashmir continued for last 68 days.

From the moment PM Imran Khan acquired office, his focus has been regional peace & prosperity of the people. Khan is determined to bring together divergent powers by creating opportunity of dialogues. Listen to what Khan has to say about Iran and Saudia Arabia #PMIKVisistsIran pic.twitter.com/PoCRThObCP

After meeting Iranian President Rouhani and Leader of the Islamic Revolution Ayatollah Seyyed Ali Khamenei, Khan said he will travel to Saudi Arabia on Tuesday.