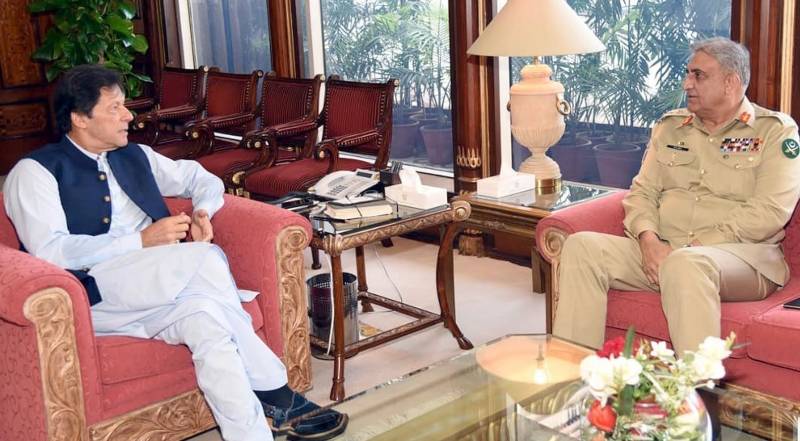 ISLAMABAD – Federal Information Minister Fawad Chaudhry Wednesday said the consultation between Prime Minister Imran Khan and Army Chief over the appointment of the new intelligence Chief has been completed.

Chaudhry shared the details on his official handle. “Consultation between the Prime Minister and the Army Chief on the appointment of a new DG ISI has been completed while the process for the new appointment has started”, he wrote on Twitter.

The PTI Minister also mentioned that the civil and military leadership has proved that all institutions are on the same page for the stability, integrity, and development of the country.

On Tuesday, he revealed that the premier and COAS Gen. Bajwa had a detailed meeting Monday night. “General Bajwa and Prime Minister Imran Khan have a very close and pleasant relationship. The PM’s Office will never take any step that could jeopardise the stature of the country’s military leadership, and vice versa,” he said.

The minister speaking with a leading daily said the government would appoint the new spymaster as per the Constitution and law. He further added that confusion created by some media platforms had forced him to comment on the matter.

Info Minister made the statements amid the rumors circulating on social media made it to the mainstream. It was assumed that the Prime Minister Office was delaying the notification for the appointment of Lt Gen Nadeem Ahmed Anjum as DG ISI.

He made the statement while speaking with a private news channel saying Khan wanted Faiz to serve for some more months. He added that three to five names would be recommended to the prime minister and he would pick one of them for ISI DG's office.

The prime minister has said he has no egoistical issues when it comes to the appointment of officers.

The premier, according to Dogar, told the cabinet that he had cordial relations with Chief of Army Staff General Qamar Javed Bajwa.