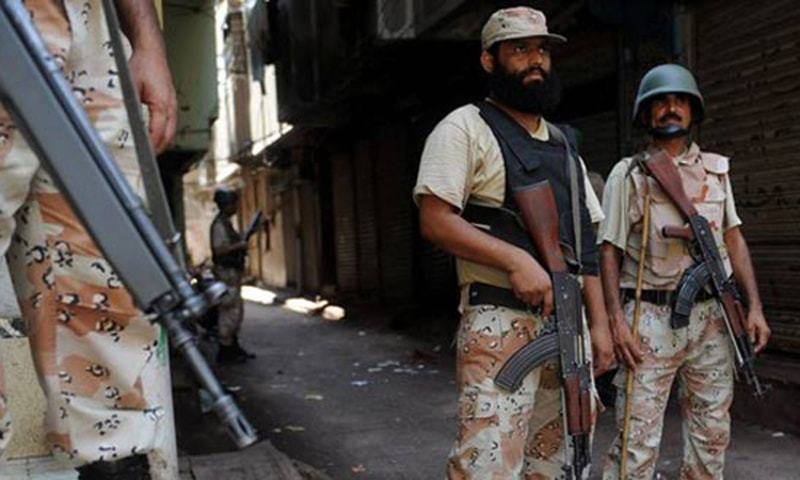 KARACHI (Online) - Four suspected terrorists were killed in an encounter with Rangers in Surjani Town of the city.

A spokesman for the Rangers said that the paramilitary forces conducted raid on a tip-off in Surjani Town. The terrorists opened fire upon arrival of Rangers and were killed in exchange of fire, he added.

The spokesman said the Rangers also seized the arms and ammunition from their possession.