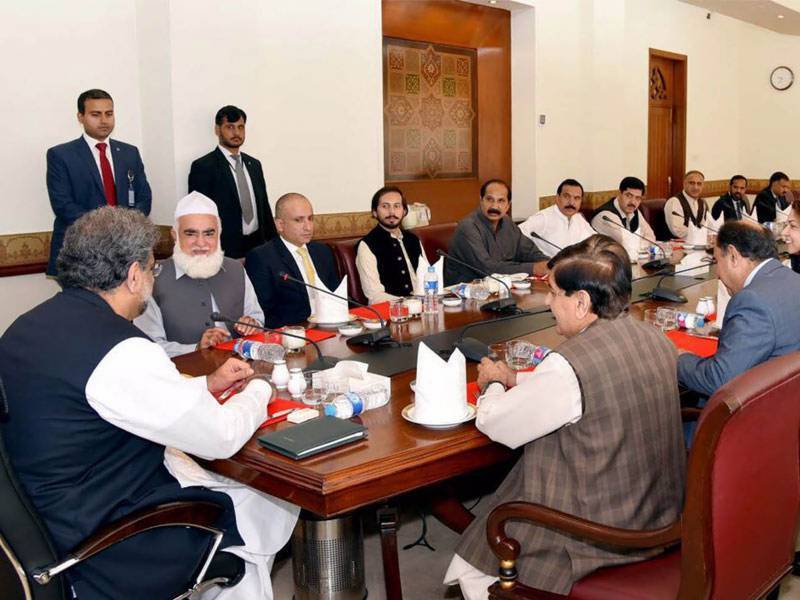 ISLAMABAD - A delegation of PML-N MNAs from Sargodha Division called on Prime Minister Shahid Khaqan Abbasi in Islamabad on Wednesday.

The development projects and matters pertaining to the respective constituencies of MNAs were discussed during the meeting.

The Prime Minister said the parliamentarians should especially focus on development and welfare schemes in those constituencies, which have not been at par with other constituencies in terms of development.