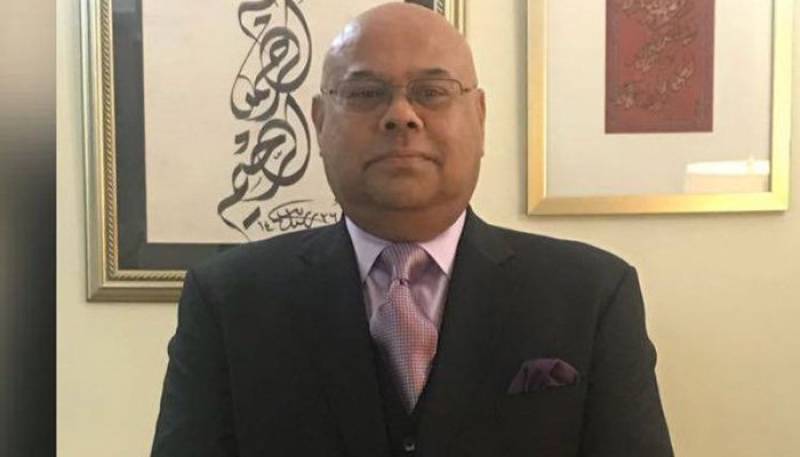 LONDON -  Pakistani High Commissioner to the UK, Sahebzada Ahmed Khan has been ordered by Foreign Minister Shah Mehmood Qureshi to return to the country and provide an explanation over his 'irresponsible activities' during a recently held award show.

A spokesperson for the Foreign Office said that the minister took notice of the behaviour of Sahebzada Ahmed Khana after being briefed on the matter after videos appeared on social media.

'The FO had received the news through electronic and social media with regard to the recent incident involving Sahebzada Ahmed Khan,' said the spokesperson on Wednesday.

Qureshi also demanded the diplomat to return to Pakistan and give a written explanation of his position on the matter after he was filmed at London's O2 Arena on September 9, during the IPPA award show.

The diplomat was called on stage to announce the winner of an award category, however, he started making irrelevant comments and engaged in conversation with the actors present on stage including Javed Sheikh.

Some of the social media users suggested that the envoy might be drunk at the time.