No increase of income tax on salaried class: minister 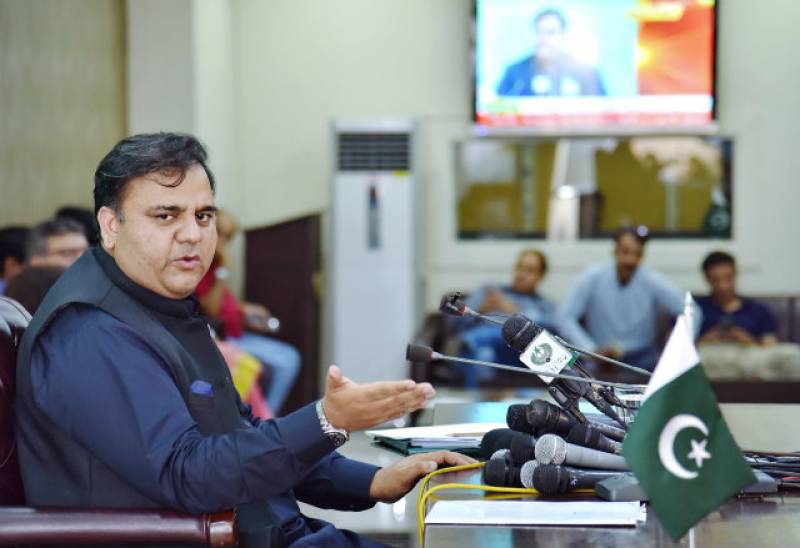 ISLAMABAD - Minister for Information and Broadcasting Chaudhry Fawad Hussain said the government has no plan to change the tax rate for salaried class and increase prices of gas and electricity.

He was responding to a question during the news briefing on decisions made in the federal cabinet meeting, held in Islamabad on Thursday with Prime Minister Imran Khan in the chair.

The minister said all the media reports about revising tax rate for salaried class and increase in gas and electricity prices are baseless.

He said the cabinet decided to abolish the Ministry for Capital Administration and Development Division. The Capital Development Authority will work under the Ministry of Interior, he added.

The minister said the drive against encroachments in Islamabad will continue. He said the government has so far recovered state land worth 7.5 billion rupees from illegal occupants.

Chaudhry Fawad Hussain said the federal cabinet decided to import one hundred thousand tons of urea and ensure the provision of gas to local fertilizer plants to meet urea requirement for the upcoming Rabi crop. The government will spend about four billion rupees for importing urea.

He said the previous government did not supply gas to the fertilizer plants and also allowed export of urea, which created the shortage of urea for the next crop.

The minister said it is the philosophy of the PTI government not to add burden on salaried class and farmers.

Giving detail of expenses and income of the ongoing Metro Bus projects, Chaudhry Fawad Hussain said the government had to pay a total of eight billion rupees subsidy annually on the Metro Bus services being run in Lahore, Rawalpindi and Multan.

He said Rs 4.2 billion subsidy is being provided on Lahore Metro Bus and two billion rupees each on Rawalpindi and Multan Metro Bus services.

He said Punjab government will decide whether to continue this heavy subsidy on Metro trains or not.

The minister said on completion, Rs 3.5 billion subsidy will have to be provided on Orange Line Metro Train Lahore.

He, however, said Peshawar Metro Bus project will be completed at a cost of Rs 67 billion, and the government will not have to provide any subsidy on it. The buses have been purchased instead of hired on rent, he added.

The information minister said the dead capital of the government buildings constructed on 34460 Kanal land will be better used for commercial purposes.

He said the government has started austerity drive keeping in view the economic condition of the country.

Chaudhry Fawad Hussain said the federal cabinet has appreciated the Chief Justice of Pakistan's step of establishing a fund for constructing dams. He said the Dams Fund will be exempted from income tax and withholding tax.