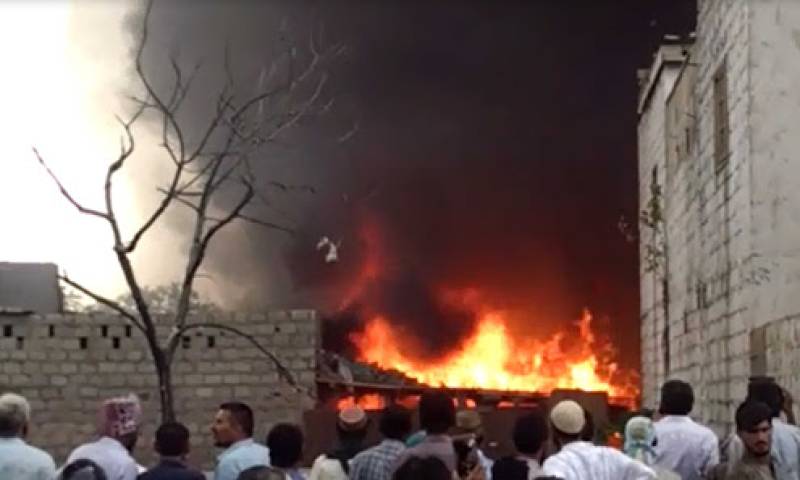 SRINAGAR - Scores of  Rohingya Muslims shacks were set ablaze mysteriously in Jammu in the wee hours of Friday allegedly by Indian nationalist groups.

According to the details, the shacks caught fire mysteriously at 3 AM in Bhagwati Nagar area of Jammu city under the jurisdiction of police station Nawabad.

While police say that they are investigating the cause of the fire, sources said that sabotage cannot be ruled out as well. Only four days earlier, some unidentified people had allegedly attacked a Rohingya family staying near Patta Bohri on the outskirts of Jammu city and tried to set ablaze the scrap collected by them. The assailants who, according to family members, had covered their faces with pieces of cloth, came in a car and a motorcycle.

Dolu Hussain, whose jhuggi (shack) was also reduced to ashes, said that he heard some noise before the fire erupted in the area. He went out but didn’t see any one as it was quite dark.

'After some time, the jhuggis were set on fire' said 70-year-old Hussain.

Nine Rohingya families comprising about 45 people have put up jhuggis on a plot opposite Jammu Yatri Bhawan – a base camp for Amarnath yatra.

Rakib Ali, a local resident who owns the plot said a Hindu family from Bihar has also put up jhuggi there. Each family pays a rent of about Rs 1000 and Rs 300 electricity charges, said Ali.

Another resident Jan-e-Alam in an interview to BBC Urdu expressed that he was residing here for the last five years and everything was perfectly alright but the latest incident scared him and now he feels threatened.

Ameer Hamza, who also stayed at the same place added that he arrived in the valley some 8 years ago but now he was being asked by different people to leave the place as he belonged to Burma.

When asked about whether the police has been contacted in this regard? Hamza replied that the application has already been submitted but to no avail.

It may be mentioned that at least four people were killed in recent months owing to the same mysterious fire eruption incidents.