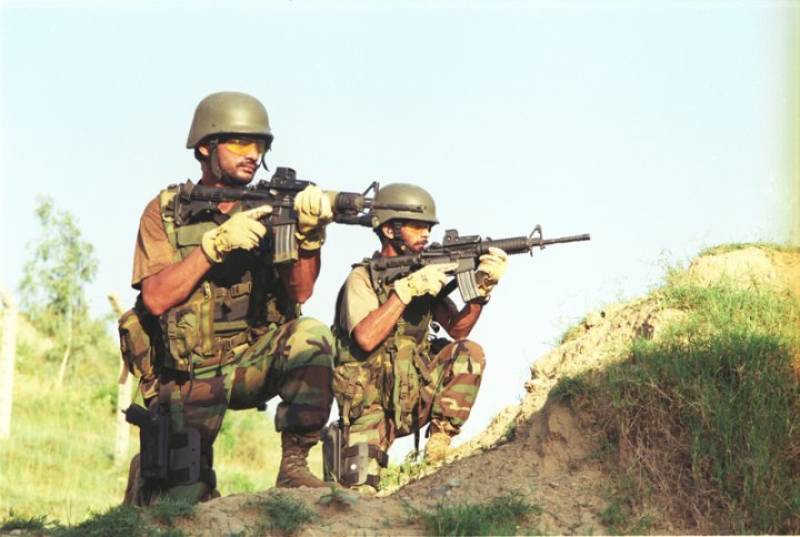 According to statement issued by the Inter-Services Public Relations (ISPR), a soldier Naik Adil Shehzad embraced martyrdom during an exchange of fire with terrorists in Dargai, North West of Dattakhel, Northwazirstan on Monday.

The Security Forces spotted movement of terrorists in Dargai, 8 kms North West of Dattakhel, Northwazirstan and launched action against them which resulted in exchange of fire.

"As Quick Reaction Force cordoned the area, terrorists opened fire to flee. During exchange of fire, 2 terrorists were killed," it added.

However, in exchange of fire, a soldier Naik Adil Shahzad, age 32 years, resident of Village Karer, Manshera embraced Shahadat . Shaheed soldier is survived by wife and a son.