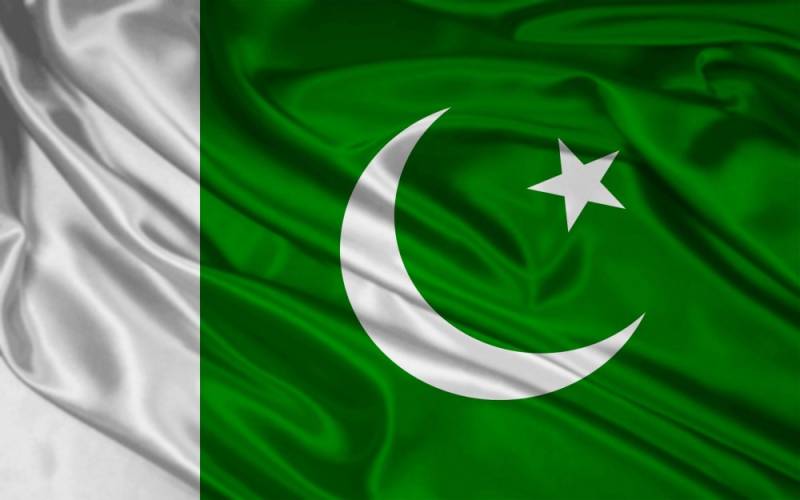 LAHORE (Staff report/Agencies) - The whole nation is celebrating the 69th Independence Day of Pakistan with national zeal and enthusiasm and the commitment to protect the country against any threat.

On August 14, 1947, Pakistan came into being after a long and hard struggle of millions of Muslims of subcontinent, earlier living under the suppression of British and Hindus. It was the visionary leadership of Quaid-e-Azam Muhammad Ali Jinnah, Allama Muhammad Iqbal and many others that achieved a separate homeland for the Muslims of subcontinent.

On Friday, the day dawned with 31-gun salute in the federal capital and 21-gun salute in four provincial capitals of the country. Special prayers were also offered for peace, prosperity‚ integrity and solidarity of the country, and for success in war on terror and the long drawn struggle of Kashmiris. 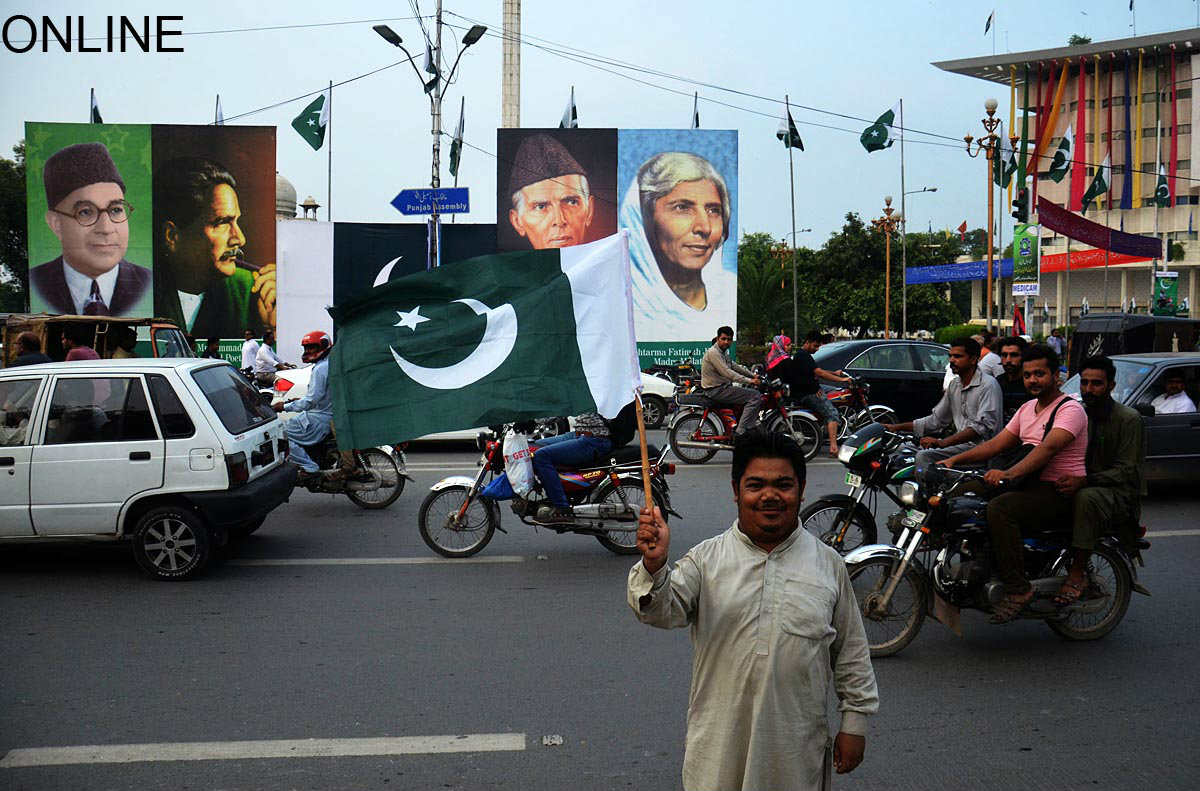 The main flag hoisting ceremony was held at the Convention Center in Islamabad at 8:59 am. President Mamnoon Hussain and Prime Minister Nawaz Sharif hoisted the national flag. After the ceremony, national anthem was played.

Chief of Army Staff Raheel Sharif was also present at the ceremony, along with other federal ministers.

Provincial chief ministers celebrated the day in their provincial capitals.

Change of guard ceremony was held at Mazar-e-Quaid in Karachi and another at the mausoleum of Allama Muhammad Iqbal in Lahore.

Flag hoisting ceremonies were held at the provincial capitals and districts headquarters. 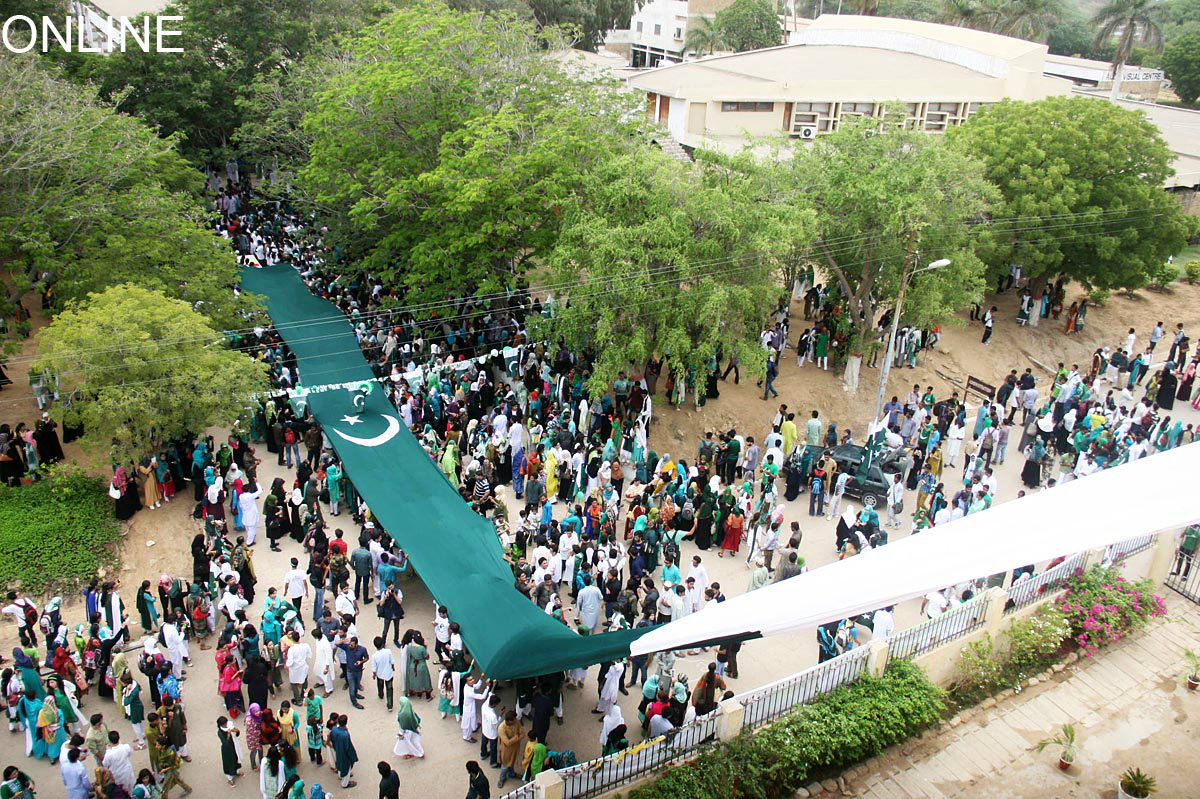 On this special day, different events have been arranged to highlight the need for unity, discipline and faith, which the founding fathers wanted the nation to follow. These events include seminars, conferences, lecturers, declamation contest, quiz programme, photo exhibitions, sport competitions in national and the local languages.

All major public and private buildings, roads and avenues have been decorated with national flags, buntings and hoardings. 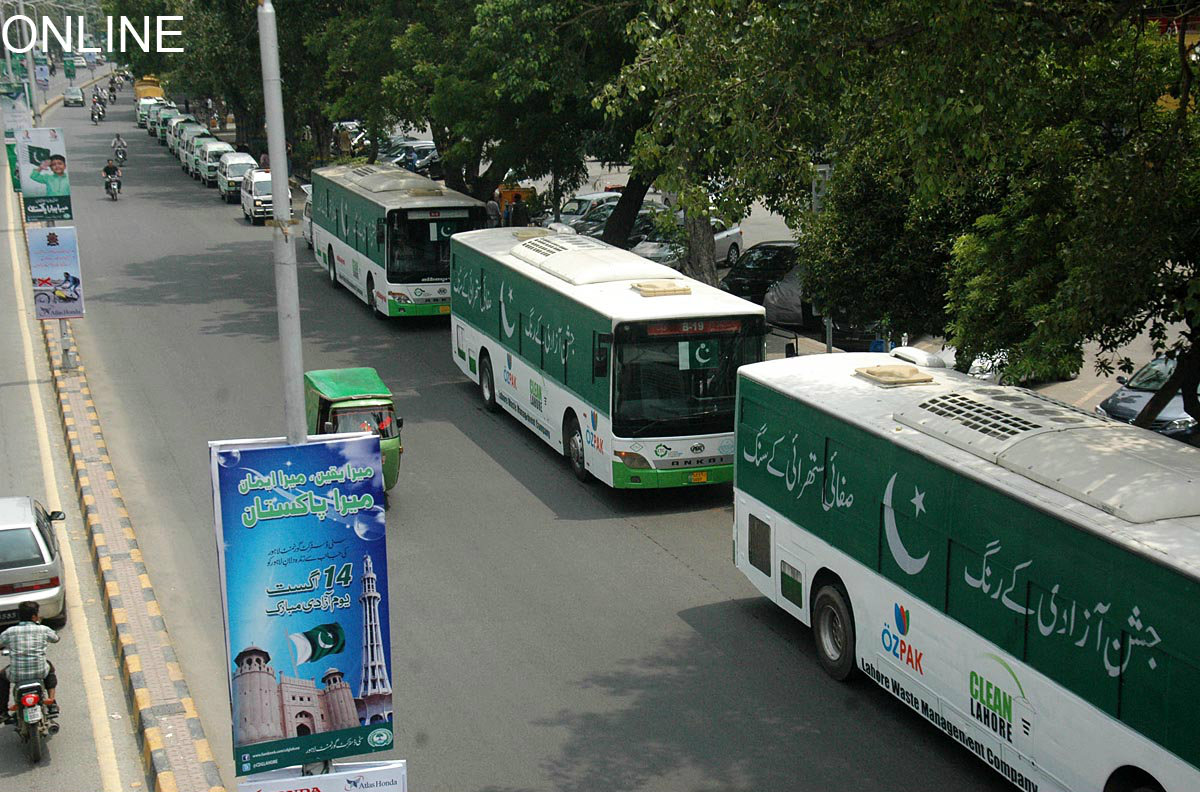 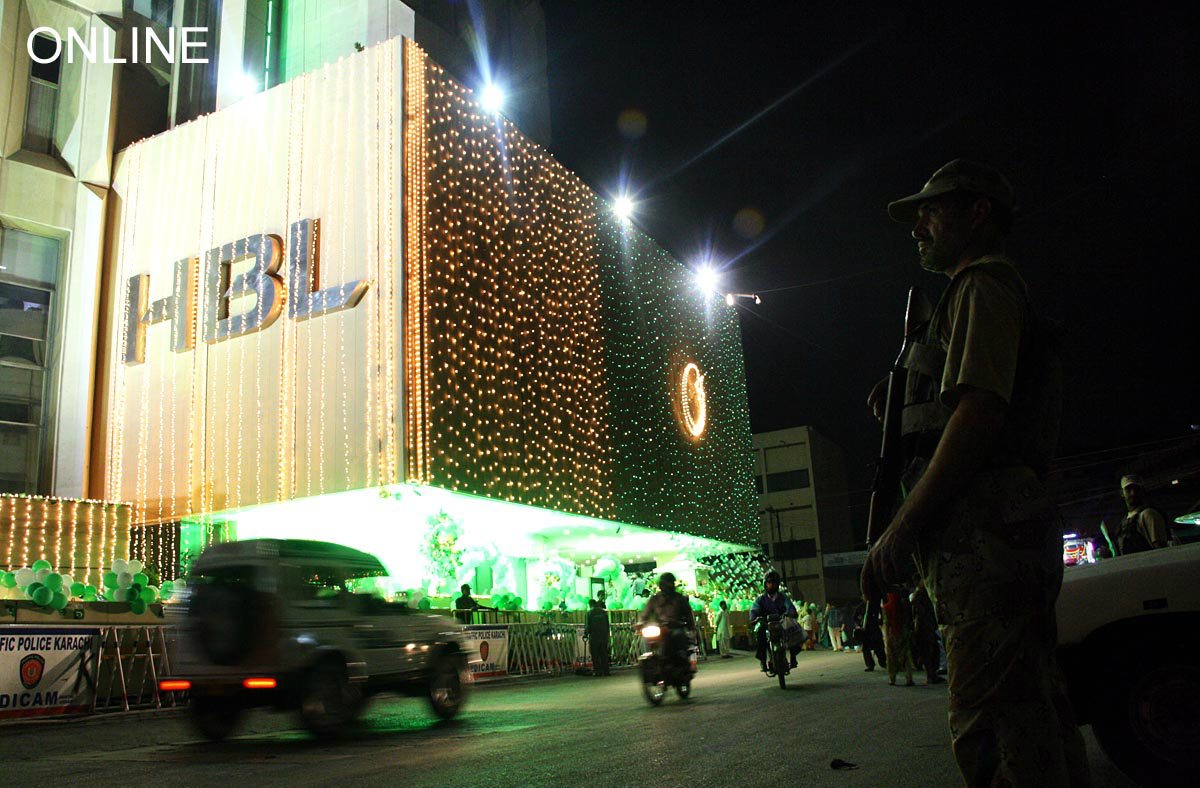 In their messages on the eve of Independence Day, Prime Minister Nawaz Sharif and President Mamnoon Hussain have urged the need of rising above personal interests and work hard for the progress of Pakistan.

In his message on Independence Day, the chief minister urged the nation to unite against the anti-Pakistan elements.

As part of the security plan, the cell phone service was suspended in the twin cities on Friday morning, drawing a sharp criticism from the citizens.

The government has put stringent security measures in place by deploying security personnel including the army on all major highways and sensitive building in the two cities to ensure that Independence Day celebrations were held without disruption.

In occupied Kashmir, the veteran Hurriyet leader, Syed Ali Gilani, greeted the people and the government of Pakistan on the eve of their Independence Day. After Allah Almighty, Pakistan is the only visible support to people of Kashmir, he stated.

According to Kashmir Media Service, Syed Ali Gilani in a statement issued in Srinagar said that the Islamic Republic of Pakistan was the center of the wishes and feelings of the oppressed Kashmiri people. “After Almighty Allah, Pakistan is the only visible support which, every time, highlights our miseries and supports our freedom movement on national and international forums,” he said.

“This is the day to rejoice the independence and freedom as a nation in line with the philosophy of Founder of Pakistan Quaid-e-Azam Mohammad Ali Jinnah,” he said in his message on the eve of Independence Day.