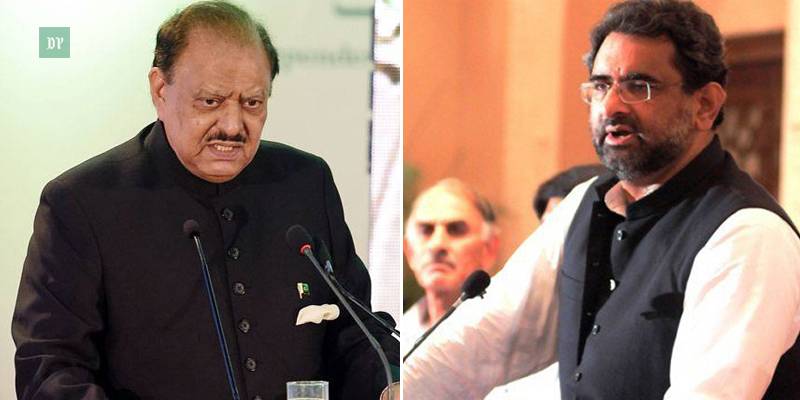 ISLAMABAD - On the eve of Independence Day, President Mamnoon Hussain and Prime Minister Shahid Khaqan Abbasi have called for forging unity and making efforts to ensure supremacy of the Constitution of Pakistan.

In their separate messages on Independence Day, the president stressed the need of collective efforts to bring property to the country, besides calling for ending hatred in order secure the future of Pakistan, Radio Pakistan reported.

In his message, the prime minister emphasised on running the state institutions as per the Constitution and law and called for their reinforcement to avoid breach of limits.

He said that strong defence of a nation lied in strengthening the economy.

Pakistan wants peaceful and constructive relations with all countries, Abbasi said, adding that efforts were made to hold meaningful talks but  and has made efforts to initiate the process of meaningful dialogue but India used to impede it.