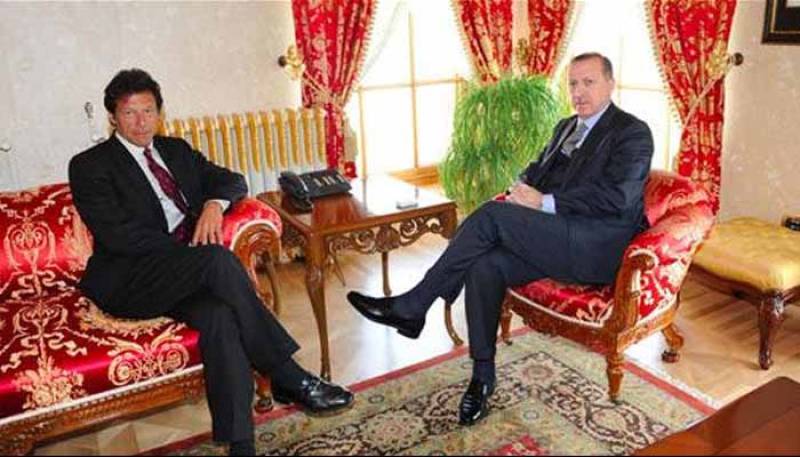 ISLAMABAD - Pakistan's Prime minister-in-waiting Imran Khan has expressed the hope that President Recep Tayyip Erdoğan and the people of Turkey will steer their country out of the ongoing economic challenges.

In a Twitter message shared on Tuesday, Pakistan Tehreek-e-Insaf chairman said people of Pakistan were praying for the success of President Erdogan and the people of Turkey in dealing with the severe economic crisis.

On behalf of the people of Pakistan & myself, I want to let President Erdogan & the people of Turkey know we are praying for their success in dealing with the severe economic challenges confronting them, as they have always succeeded against adversities in their glorious history.

The cricketer-turned-politician said the people of Turkey will deal with the current challenges citing their earlier struggles against adversities.

The tension between the two states stemmed out of a recent skirmish over a US pastor Andrew Craig Brunson who was sentenced to almost two years in prison on terror charges.

Trump urged Erdogan on Twitter to free him, describing his continuing detention as "a total disgrace".

Brunson, who has lived in Turkey for 20 years and has been detained since October 2016, is accused of helping Gulen's network and the proscribed Kurdistan Workers Party (PKK).

Interestingly, both Ankara and Washington designate the PKK as "terrorist".