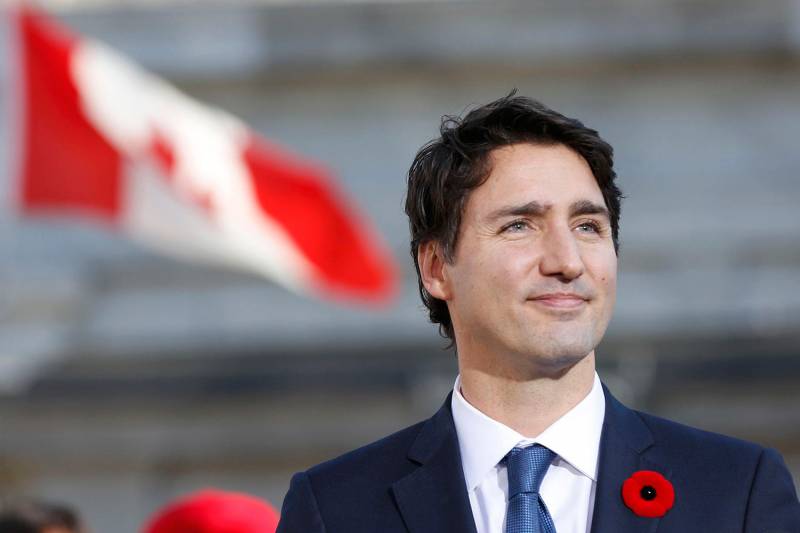 OTTAWA – Canada’s Prime Minister Justin Trudeau on Wednesday extended his best wishes to the people of Pakistan on 73rd Independence Day, stressing on focus on the diplomatic relations shared between the two countries.

“Today, we join the Pakistani community in Canada and around the world to celebrate Pakistan’s Independence Day.

“Canada established diplomatic relations with Pakistan in 1947, shortly after its independence. Since then, we have enjoyed a strong relationship, rooted in close ties between people in our two countries. Today, Canada is home to more than 215,000 Pakistani-Canadians.

Sending my best wishes to everyone celebrating Pakistan’s Independence Day, here in Canada and around the world. https://t.co/AatqYzie6y

“Canada looks forward to continuing to work with Pakistan to further strengthen our relationship. Together, we can advance issues that matter to people in both our countries, including tackling the climate crisis, promoting trade and investment, defending human rights, and advancing peace and security.

“Today, let’s celebrate the important contributions that Canada’s Pakistani community has made to our country. On behalf of the Government of Canada, I extend my best wishes to everyone celebrating Pakistan’s Independence Day, here in Canada and around the world.”