ISPR releases new song on APS massacre first anniversary: 'I have to teach my enemy's children to avenge him' 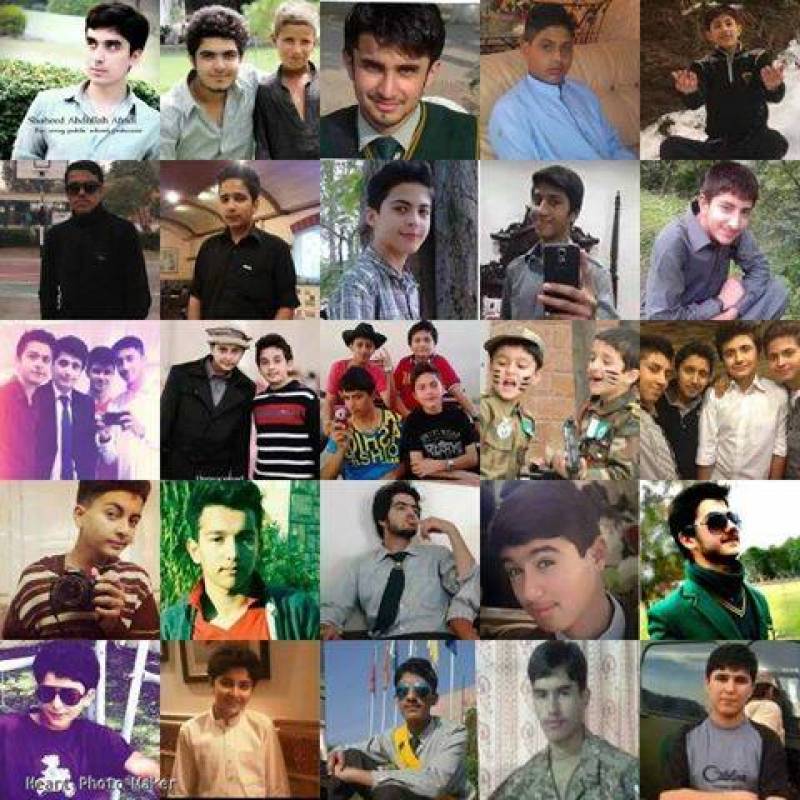 LAHORE (Staff Report) - As the whole nation prepares to mark the first anniversary of deadly Army Public School (APS) massacre which killed over 150 people including 144 children, the Inter-Services Public Relations (ISPR) has released a new song to commemorate the incident that completely changed the national resolve against terrorism.

The new song is also sung by a kid just like the 'Bada Dushman Bana Phirta Hai' song which was released by ISPR immediately after the December 16 attack.

The hardships faced by the grieving families  have also been highlighted in the song, specially the scenes featuring parents of martyred kids will leave everyone in tears.

The DG ISPR said that 3,400 terrorists had been killed, while 837 hideouts from where they were carrying out their terrorists activities destroyed, 92hdnews reported.

“During last 18 months, over 13,200 IBOs have been carried out across the country in which 183 hardcore terrorists killed, while 21,193 people arrested,” he disclosed. “Success has come after a heavy price. 488 valiant officers and men of Pakistan Army, Frontier Corps KPK, Balochistan and Rangers Sindh sacrificed their lives and 1,914 injured in Operation Zarb-e-Azb.”

Asim Bajwa said that 142 cases had been referred to total 11 military courts. “Fifty-five cases have been decided, while 87 cases are in process. As many as 31 hardcore terrorists have been convicted,” he maintained.

He said that support of the nation for its valiant armed forces and resolve expressed against terrorism after the December 16 Army Public School Peshawar attack had been bedrock of Operation Zarb-e-Azb.

“Overall improvement in law and order owed to Operation Zarb-e-Azb. Festivities and national events have been celebrated, while stability is being achieved in Karachi,” he said.