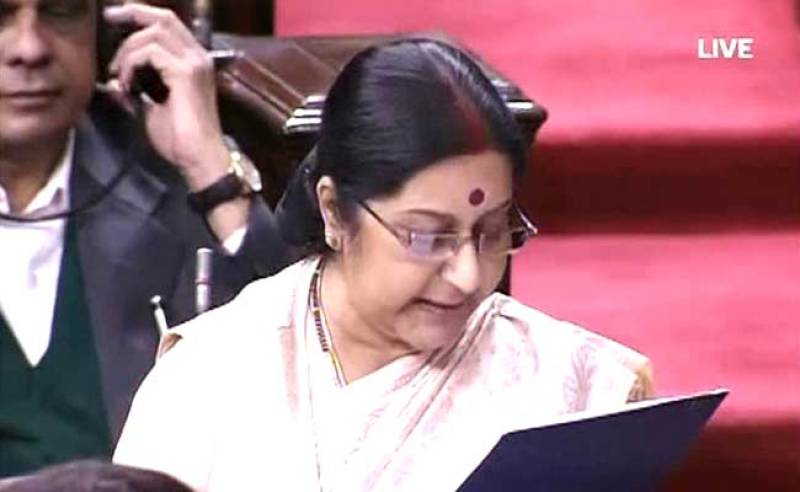 NEW DELHI (Staff Report) - Indian Foreign Minister Sushma Swaraj Monday brief the upper house of parliament on her last week's visit to Pakistan, in which the two countries agreed to take start fresh talks on all issues, amid noisy slogans of opposition.

According to Indian media, the opposition parties were protesting in Rajia Sabba against the incident in Punjab's Fazilka district where the limbs of two men were cut off on Saturday at a farmhouse which is allegedly owned by a leader of the ruling party Akali Dal.

In her statement in parliament, Swaraj went on to say that both Pakistan and India have decided to start 'comprehensive dialogue' to resolve all bilateral issues including the Kashmir dispute. The development is a result of realisation of new global circumstances on the sides of border, she added.

She also confirmed that Prime Minister Narendra Modi will visit Pakistan in 2016 to attend a summit of SAARC which is due to be hosted by Pakistan.

The session of upper house of parliament was adjourned as soon as Sushma Swaraj finished her statement on Pakistan visit, as the slogans got even more noisy.