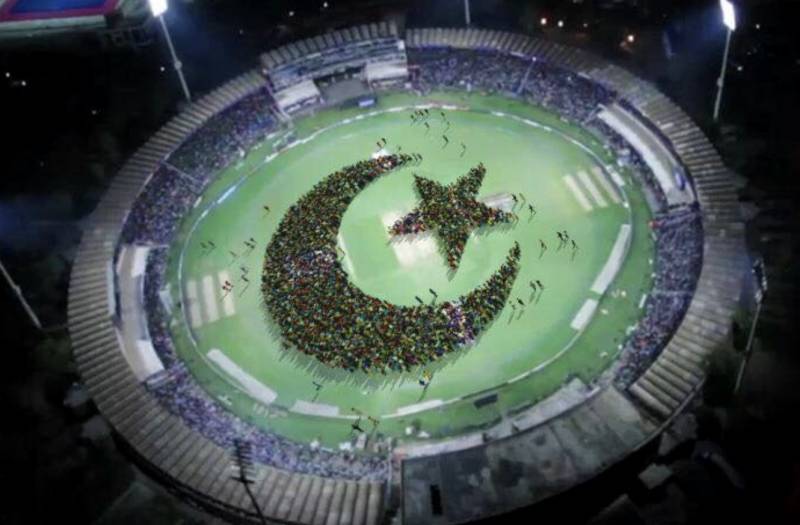 LAHORE – The Pakistan Cricket Board (PCB) on Friday revealed the complete schedule of the fourth edition of Pakistan Super League (PSL).

The PSL 2019 will commence on February 14 next year with the defending champions Islamabad United facing the new-look Lahore Qalandars. A glittering opening ceremony will also take place prior to the first match of the season.

There will be a total of six teams competing in the 32-day tournament – Peshawar Zalmi, Lahore Qalandars, Multan Sultans, Karachi Kings and Quetta Gladiators. Each team will face other teams twice before heading into the playoffs.

Thirty-four (34) matches will be played in the fourth edition and for the first time in the short history of this highly successful and much-awaited tournament, Lahore and Karachi will share eight matches between them at the backend of the 32-day event.

The final of the tournament will be played on March 17, 2019 in Karachi.

BIG ANNOUNCEMENT: The #HBLPSL tournament schedule is out! Mark the dates and see your favourite team in action. The league will be played at five venues across the UAE and Pakistan, Abu Dhabi to host games for the first time with Karachi to stage the grand final. #KhelDeewanoKa pic.twitter.com/CDoeMdains

In a statement released the PCB expressed delight that matches are being held in Pakistan. “The PCB believes that the PSL is a gateway to resumption of international cricket in Pakistan.” the statement read.

“By successfully staging eight matches in Lahore and Karachi with the support of the local authorities, the PCB is optimistic that it will once again prove to the world that Pakistan is as safe and secure a place as any other part of the world to play international cricket,” the statement added.

Here is the full schedule for the upcoming season of Pakistan Super League:

Unlike the previous editions, a couple of league matches will also be played in Pakistan. Karachi Kings and Lahore Qalandars will play their last two league games in front of their home crowd. The PSL will be shifted to the home country on March 7 and then the playoffs will commence on March 12.

In only in its fourth year, the HBL Pakistan Super League has grown into one of the biggest and most competitive tournaments on this planet, evident from the fact that the world’s leading and most attractive cricketers continue to make themselves available for this competition.

Teams’ performance at a glance: 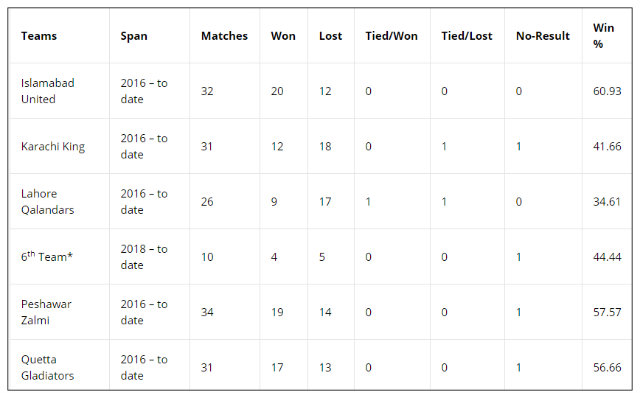 South Africa’s AB de Villiers and Brendan Taylor of Zimbabwe, who will wear Lahore Qalandars’ kits, and Steve Smith of Australia, who will represent the sixth team, are three of the 19 players expected to make their PSL debuts in 2019.

Foreign players to feature in HBL PSL 2019 are:

*Multan Sultans have been replaced by the sixth team. Following the conclusion of the tender process, the team’s rights will be sold to the highest bidder